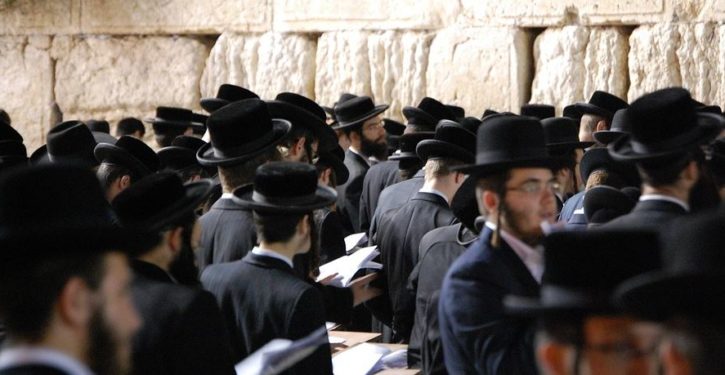 The body count following the Islamist massacre at the headquarters of French satirical magazine Charlie Hebdo remains at an even dozen as of this writing. A poignant note, courtesy of the Daily Mail, is that four of France’s most revered cartoonists – Stephane Charbonnier, Georges Wolinski, Bernard ‘Tignous’ Verlhac and Jean Cabut – were among the casualties.

The article quotes the 47-year-old Charbonnier, who went by the nom de plume Charb, as once observing ironically, “I’d prefer to die standing than live on my knees.” In the face of animosity from extremists, he also said, “I live under French law, not Koranic law.”

So, has the left learned anything from this latest atrocity, or will the defenders of the religion of peace circle their wagons once again? By way of an answer, let’s go straight to the horse’s … er — mouth. Democracy Now!, the extreme left cable “news” show, already aired a segment. Its guest panel included Tariq Ali, “a British-Pakistani political commentator, historian, activist, filmmaker, novelist, and editor of the New Left Review,” who said:

Now, there are two things that are worth pointing out. A, that the attacks on the prophet, Muhammad, which they—when they mimicked the Danish magazine, as been pointed out, did cause a lot of offense to Muslim believers all over the world, and when asked, the Danish magazine effectively had said that, no, they would not have published similar attacks against Moses, regardless of what Israel was doing in Palestine. This angered people even further. And the question was then posed: Well, why target the prophet of Islam, when you do not and could not target or do not wish to target Moses for all the mayhem that is going on in Palestine? To which there was no reply. So there is a feeling, effectively, that there is—

Putting aside Ali’s debatable characterization of Israel as the aggressor in its endless conflict with Palestine, is it true that Judaism is spared the same satirical treatment accorded Islam? The best answer to that question comes fittingly from the cover of an earlier edition of Charlie Hebdo. The image, which appears below, features a goofily grinning bearded rabbi and mocks the Holocaust (“Shoah”):

In another cover illustration, a rabbi, the Pope, and an imam are shown walking together and angrily uttering in unison, “We must silence Charlie Hebdo.”

In the end, though, only one of those religious practitioners made good on his threat. 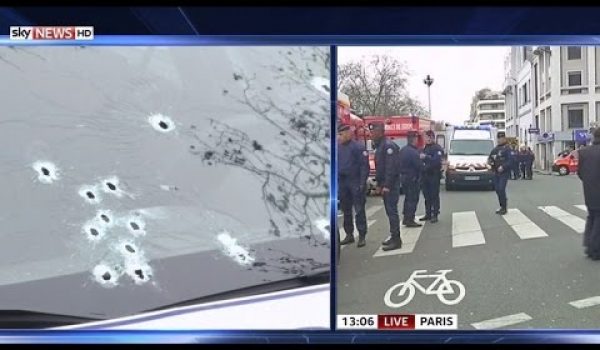