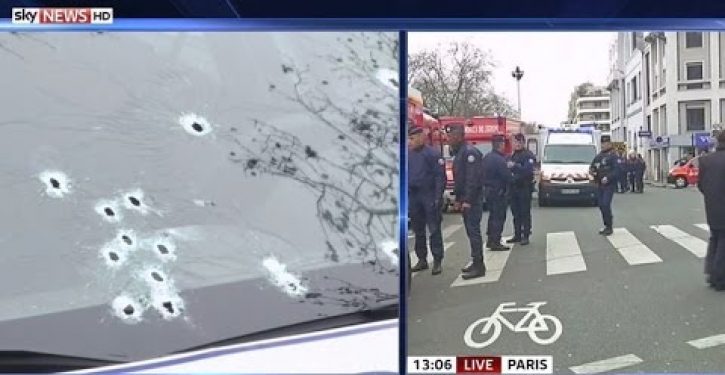 Today’s Islamic terrorist attack in Paris upon a satirical periodical confirms the adage attributed to American author and essayist Edward Abbey: “When guns are outlawed, only outlaws have guns.”

The terrorists were unquestionably outlaws.

At least 12 people were killed in what was described by CBS News security consultant Michael Morell as “the worst terrorist attack in Europe sing the attacks in London in July of 2005,” according to CBS News. “We haven’t lost this many people since that attack.”

While the terrorists, acting in response to the newspaper’s cartoons skewering Islam, carried fully automatic weapons, the victims, could do little but flee the scene or hide, as Liberty Unyielding reported earlier Wednesday.

Horrendous story from Paris – 11 shot dead + many wounded at offices of satirical mag #CharlieHebdo that published cartoons of Muhammad.

Noticeably absent was any reference to a need for stricter gun control laws, something Americans have grown accustomed to from Morgan following any gun-related tragedy. The reason is simple — France already has highly-restrictive laws on private firearm ownership.

In France, to buy a firearm, a hunting license or a shooting sport license is necessary. All semi-automatic rifles with a capacity greater than 3 rounds, all handguns and all rifles chambered in ‘military’ calibers, including bolt action, require permits.

The total number of firearms owned by an individual is also subject to limits … Fully automatic firearms are illegal for civilian ownership.

Something tells me the terrorists didn’t care that their possession of automatic weapons was illegal.

The regulation of guns in France is categorized as “restrictive,” and is not guaranteed by law, reports Gun Law and Policy, an online publication hosted by the Sydney School of Public Health.

It goes on to report that private possession of handguns and even many semi-automatic weapons is prohibited with only narrow exemptions.

A license requires applicants to establish a genuine reason to possess a firearm. In addition, license-holders have to re-apply and re-qualify every three to five years in order to keep their firearms.

Even the police officers had their hands tied in this incident. CBS News–Washington, D.C. reported this of the officers who first responded:

A reporter for Britain’s Telegraph newspaper in Paris told Sky News that the first two officers to arrive, who were apparently unarmed, fled after seeing gunmen armed with automatic weapons and possibly a grenade launcher.

The outcome presumably would have been a lot different had the first responders been armed. It also confirms an observation made by Wayne LaPierre, CEO and Executive Vice President of the National Rifle Association: “The only thing that stops a bad guy with a gun is a good guy with a gun.”

Here’s a video of the attack, via CBS This Morning. 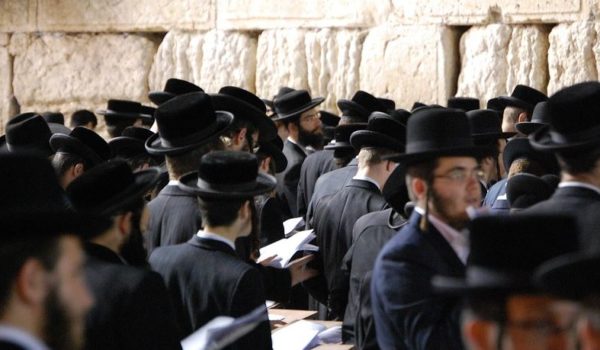