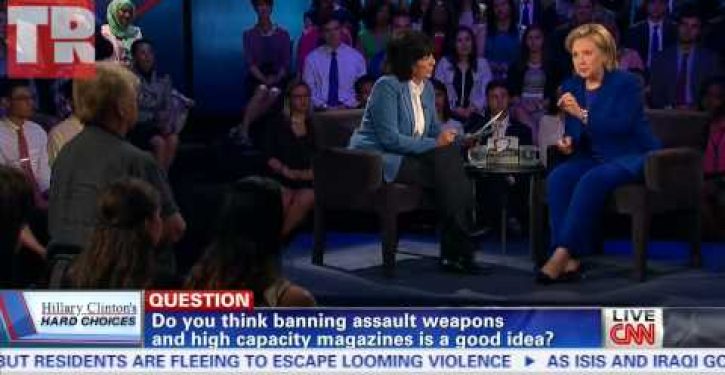 In 2013, coming off the heels of the Sandy Hook tragedy, liberals tried to seize the emotions of a nation and came hard after law-abiding gun owners. It was a year that divided America on the topic of the Second Amendment.

2014 however, saw serious backlash to gun grabbers such as Andrew Cuomo and his SAFE Act legislation and the President, who issued executive orders tying Obamacare to gun control. Cuomo had a difficult time within his own party’s primary, as well as in the general election, while President Obama famously stated that his polices were on the ballot and subsequently watched Democrat after Democrat get voted out of office.

With all those people gifting a gun for Christmas, we thought we’d take a look back at some instances where liberals tried to disparage or demean gun owners – a reminder that the left will still continue to come after your rights, a little bit at a time.

Here are a few examples from this past year:

Aside from the fact that this man’s history was a bit off — the Second Amendment was adopted in 1791, while Paul Revere warned of British Army activity in 1775 – how absurd is the idea that the Founding Fathers, fresh off a revolution, didn’t actually design the Second Amendment with the thought in mind that Americans would one day need protection from a tyrannical government?

Yet, here we have a police department employee saying:

I believe when the Second Amendment was written, that was more or less for when the British were coming.

Silly American, thinking you had certain rights in this country.

In a town hall-style event televised on CNN 2016 Presidential hopeful, Hillary Clinton, made the argument that a ban on so-called “assault” weapons and high-capacity magazines would help reduce gun violence. Then, this happened:

In one of the more overt examples of media bias against gun owners, the New York Daily News labeled an avid hunter who won a modified AR-15 in a church raffle a “gun nut, gun worshiper, and zealot.”

Yet, here we are:

“I said to Joe Biden, ‘90 percent of Americans are for a responsible background check for a gun, and you know what this Congress has done? Not voted on it, not brought it to the floor, not introduced a bill,’” he recalled to reporters during an event for his upcoming program, a crime show called The Hunt. “I said, ‘They’re all scared shitless of the NRA, aren’t they?’”

“‘John, every one of them,’” the vice president replied, according to Walsh. “‘Because the NRA will run a tea-bagger against you … They’ll put 5 million bucks against you.’”

The lack of moral outrage when the insults are hurled at Constitution-supporting, Second Amendment-respecting, conservative Americans is absurd.