While millions of Americans began their holiday travels last Friday, the  Environmental Protection Agency had an early Christmas gift for the coal industry: a new regulation on coal ash from power plants.

EPA is taking action to protect our communities from the risk of mismanaged coal ash disposal units, and putting in place safeguards to help prevent the next catastrophic coal ash impoundment failure, which can cost millions for local businesses, communities and states.

After years of delays, the EPA finalized the nation’s first federal coal ash rule just in time for Christmas, which has got coal-fired power plant operators fuming. The coal ash rule not only comes with a hefty $735 million per year price tag, but the coal industry also argues it creates lots of uncertainty for plant operators.

We still have concerns with the self-implementing nature of the rule and the way in which EPA has left the door open to one day regulate coal ash as a hazardous waste, creating additional uncertainty for electric utilities.

Coal ash is a byproduct of power plants that can be made of various particles and pollutants, like mercury and cadmium, that are disposed of in landfills. The EPA estimates 110 million tons of coal ash is produced every year and about 40% of that is recycled by power plants operators.

Sometimes coal ash can spill out into waterways. In fact, the EPA says its new regulation is the result of a 2008 spill by the Tennessee Valley Authority in Kingston, Tenn., when the company’s coal ash pond failed to contain the waste. Earlier this year, Duke Energy spilled coal ash into the Dan River.

“These regulations will add to the challenges the electric power industry faces in providing reliable, affordable and increasingly clean electricity to power the U.S. economy and to enhance the daily lives of all Americans,” Kuhn said.

Environmentalists, however, were disappointed with the EPA’s coal ash rule, saying it didn’t go far enough to protect Americans from power plant waste. Eco-activists’ main source of contention was that the agency did not declare coal ash a “hazardous waste” under federal law

“The EPA is bowing to coal-fired utilities’ interests and putting the public at great risk by treating toxic coal ash as simple garbage instead of the hazardous waste that it is,” said Scott Slesinger, legislative director at the Natural Resources Defense Council. “Too much of the agency’s new rule is left to the discretion of states, which all too often have favored powerful utility companies instead of the public.”

But the EPA says the rule will help prevent future coal ash spills by putting up more safeguards, culminating in monetized benefits of $289 million per year. The costs of the coal ash rule, however, outweigh the benefits two and a half times using a three percent discount rate, according to the EPA’s own data.

Petition calling for de Blasio’s resignation gets 58K signatures … on MoveOn.org (Video)
Next Post
Perfect response to those who want cops dead comes from the grave (Video) 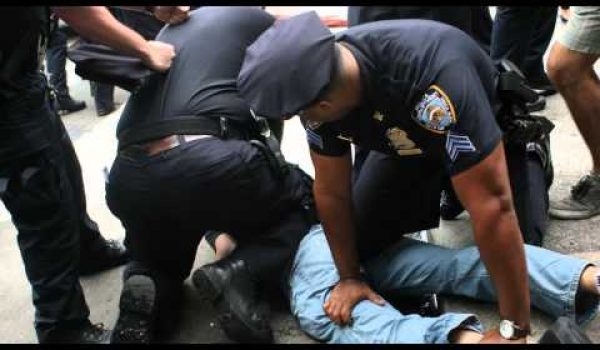