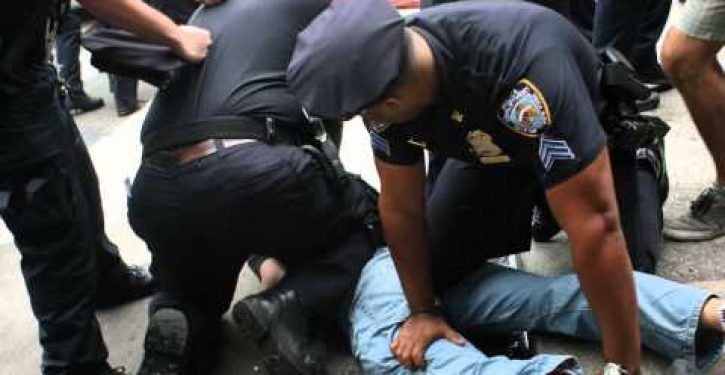 Given the brutal, cold-blooded assassinations of police officers in response to several grand jury decisions, this would seem an excellent time to take a deep breath and consider what it is that we demand from from cops, and what we give them in return.

And that message has already been delivered to perfection by the late radio commentator, Paul Harvey.

Just a week ago at a protest march through the streets of New York, demonstrators were heard chanting, “What do we want? Dead cops! When do we want ir? Now!” That chant went on without objection from Al Sharpton, meaning he was either deaf or it had his approval.

The noise-makers got their wish. A week to the day later New York saw two of its finest gunned down execution-style.

Harvey’s message, recorded years ago, reminds us that the overwhelming majority of cops are good, and their only desire is to serve the community in which they live.

Listen to his message here.

“What is a policeman?” Harvey asked.

He of all men is at once the most needed, and the most wanted, a strangely nameless creature who is sir to his face and pig or worse behind his back. He must be such a diplomat that he can settle differences between individuals so that each will think he won, but, if a policeman is neat, he’s conceited, if he’s careless he’s a bum, if he’s pleasant, he’s a flirt, if he’s not, he’s a grouch.

He must make instant decisions that would require months for a lawyer but if he hurries he’s careless, if he’s deliberate, he’s lazy. He must be first to an accident, infallible with diagnoses. He must be able to start breathing, stop bleeding, tie splints and above all, be sure the victim goes home without a limp.

Harvey, who was born Paul Harvey Aurandt, knew a thing or two about cops and the sacrifice they make. He was the son of Tulsa, Okla. police officer Harry H. Aurandt, who was shot in 1921 by four armed men. He died from his wounds two days later, according to the Officer Down Memorial Page.

EPA hits coal industry with a massive regulation right before Christmas
Next Post
Baltimore Co. police sent warning to NYPD that cop killer was on way, but wait till you hear how it was sent