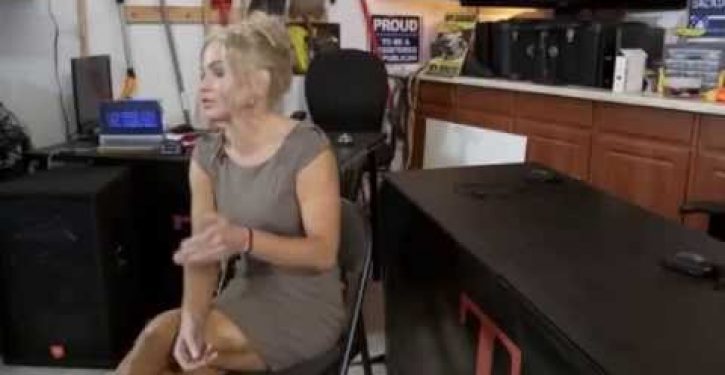 Outrageously inappropriate comments by schoolteachers know no ideology and are unacceptable even when they are not shared directly with students. Here’s hoping that third-grade students in Angela Box’s former class at Daily Elementary School in Houston were spared her musings on a public access television show, which included the rhetorical question “Can’t Ebola just take one for the team and take out Obama?” and hateful remarks aimed at Muslims.

The comments were made on a politically themed public access television show called “Tommy’s Garage.” According to the Houston Chronicle, Box is a regular guest on the show. The incendiary remarks, which surfaced in mid-November, included a reference to Muslims as “goat f**kers.”

Box has tendered her resignation after reaching a contract settlement with Houston Independent School District that includes three months’ pay. Her annual salary was $50,100.

In a statement, Box said she claimed she was the victim, having been targeted by a community activist named Quanell X who, she added, was guilty of “character assassination.”

“[O]pposing President Obama and sounding the alarm about radical Islam does not make me a racist,” the statement said….

“I am considering all my legal options regarding the conduct from Mr. X and others. I expect to have an announcement as early as next Monday regarding my future steps.”

After Box’s comments surfaced, HISD officials initially said they respected the First Amendment free-speech rights of employees and that they were handling concerns from parents individually.

Ruth Nasrullah, a spokeswoman for the district, responded by saying:

Our concern has always been the children — the students in the classroom and whether or not they’re impacted by the things Ms. Box said. So we’re happy, we’re satisfied, with the fact she’s no longer going to be working in the school.

A video of one of Box’s appearances on “Tommy’s Garage” follows. [Caution: Extremely graphic language.]

The Twitterverse helps Kathleen Sebelius come up with better names for Obamacare
Next Post
Video: LeBron James should wear ‘Be a better father’ shirt