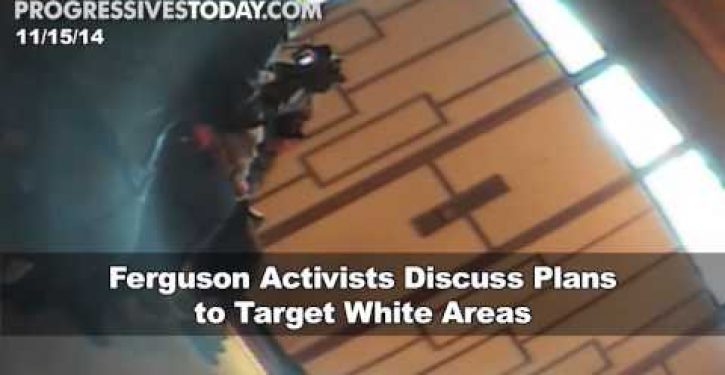 At this point, we have only the report from Vocativ to go on.  According to Vocativ’s latest update, the “cop talk” forum, where a user who posts as a local policeman gave the warning, was taken offline on Monday evening.

But before the site was taken down, Vocativ copied this from it:

Under the name “A Concerned Cop,” one person shared a warning: “If you do not have a gun, get one and get one soon. We will not be able to protect you or your family. It will be your responsibility to protect them. Our gutless commanders and politicians have neutered us. I’m serious, get a gun, get more than one, and keep one with you at all times.”

Other posts on the forum echo that sentiment, going so far as to label the protesters and activists in Ferguson as “terrorists,” and calling out local businesses that have identified themselves as supporters of the protests there.

The other posts copied from that site indicate real concern among area law enforcement agents that “protests” will get out of hand after the grand jury decisions on Wilson.

The police have reason to be concerned, of course.  Jim Hoft at Gateway Pundit, who has (for obvious reasons) been a go-to resource on developments in Ferguson, posted a map today from protest planners, showing the extraordinary number of places they intend to target in the St. Louis metro.  On their list are, among other spots, corporate headquarters, government offices, museums, shopping plazas, Lambert International Airport, the Ritz-Carlton, and the Gateway Arch.

ABC, meanwhile, quotes the FBI as saying violence is “likely” following the grand jury decisions, and identifying critical infrastructure, such as “electrical facilities or water treatment plants,” as potential targets.

Clearly, the protesters are determined to create a menace to targets that the authorities – and presumably some businesses and privately-contracted security services – will be especially motivated to defend.

Hoft highlights the targeting of Emerson Electric as an indicator that these well-organized planners are after opportunities for extortion.  But I think the possibility of a mob surge against an electrical or pumping station would alarm the local authorities just as much, if not more, and would be felt, viscerally, as an even worse situation than an unsightly threat against the Arch, with its iconic stature as a tourist attraction.

We can hope that the protest planners have nowhere near the resources to pose a threat to the many targets on their list.  My sense is that they probably don’t, and they’ll have to limit themselves to a few targets – probably concentrating on government buildings and perhaps some corporate offices.

That said, a video from a recent training session for activists (below) shows a black trainer urging her trainees to go where “the people don’t look like” her, apparently meaning that they should target white people.

The trainer in the video works with long-time “direct action” organizer Lisa Fithian, who among other outings (e.g., Occupy Wall Street, the 1999 “anti-globalist” protests in Seattle, Cindy Sheehan’s right-hand woman) was the chief organizer for the idiotic demonstration in the state capitol building in Michigan in December of 2012.

(Readers will remember this episode in which union sympathizers flung themselves on the floor in the capitol rotunda, writhing and wailing to protest the legislature’s impending vote on a right-to-work law.  The bill passed 58-52 and was signed into law by Republican Governor Rick Snyder.)

Interestingly, three years ago – long before Ferguson – in a video series on the organizers behind Occupy Wall Street, Trevor Loudon unearthed evidence from even further back of Fithian threatening that “St. Louis is going down too,” along with other cities where she had planted the seeds of the OWS movement.  It seems she’s had her eye on St. Louis for a long time.  She’s apparently not at an early point on the battle-space learning curve for this target.

Discover the Networks quotes her from an interview with the International Socialist Review:

I have no issue with property destruction. I think sometimes it’s appropriate, sometimes it’s not. Again, I look at it strategically. Does this help us or does it hurt us? Does it help us achieve our goal, or does it not? We’re in a society where property is idolized, so a lot of people don’t get it yet that it doesn’t really matter. It’s just glass or products.

So they’ve got this activist’s judicious perspective on property destruction going for them, in Ferguson and the larger St. Louis metro.

It’s no wonder Governor Jay Nixon has already declared a state of emergency and mobilized the National Guard.  It didn’t help that Barack Obama met with Ferguson agitators on 5 November – a meeting that was not published on his daily schedule – and urged them to “stay the course.”

Gee, why would Obama hide this meeting from the public?  Do we even need to ask, at this point?  It’s axiomatic: men love darkness rather than light, because their deeds are evil.

LU’s Renee Nal noted last week, meanwhile, that Ferguson-area residents are buying guns in record numbers.  I hope they know how to use them: how, that is, to exercise genuine “gun control.”

As the St. Louis area girds for battle, we’ll let DANEgerus on Twitter have the last word tonight. 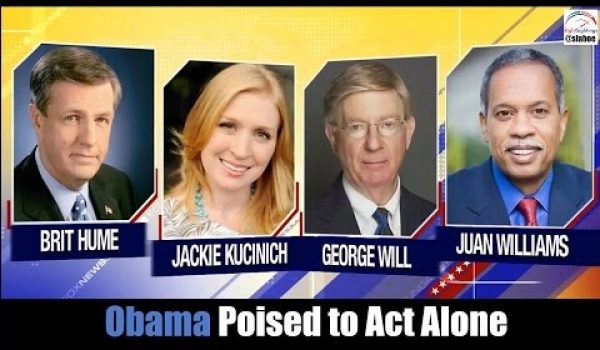 Amnesty and shutdown scares: Are the American people really more stupid than I am? (Video)
Next Post
N.J. college tells women to practice making ‘anti-rape face’ to stave off sexual assault