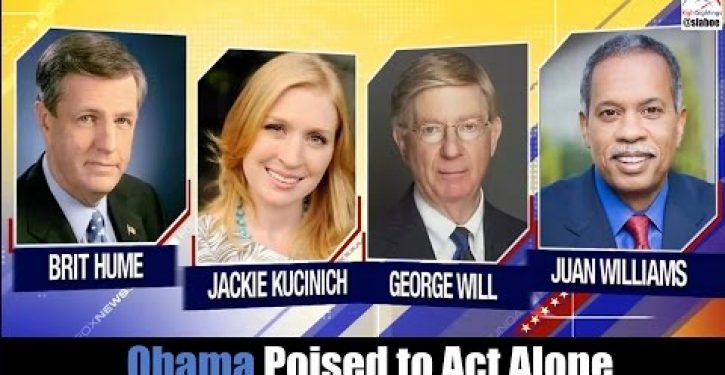 To hear the Fox News Sunday panel tell it, the executive amnesty debate is now all about two things: blame for a potential government shutdown, and “context.”

Their argument is the same as Karl Rove’s: i.e., that there was a tremendous negative wave against Republicans following the quasi-shutdown of October 2013, but in spite of that, and even though it took a year to restore a positive view of Republicans, the GOP pulled off a remarkable win in the 2014 midterms.

Now, even at a superficial level, this argument makes Americans out to be imbeciles.  It suggests that the people have no capacity for organized thought – and, in fact, can’t keep more than one thought in their heads at a time.

This argument posits that the people are so desperate to keep the federal government doing whatever it does each day that they feel a massive surge of resentment against anyone who tries to close it down.  But afterward, although it takes a year, they get over that resentment, indeed forget it completely, and vote resoundingly for the party of scoundrels who shut their beloved government down 13 months before.

The argument ignores two important factors, one of which is the level of actual resentment felt by the people over a government shutdown.  It appears to be low.  “Blaming” Republicans for a government shutdown is not the same thing, in a political sense, as having a powerful animus against Republicans because they’ve affected a voter’s life, or discouraged his hopes.

The American people may think it’s stupid and ridiculous for the government to be shut down over political spats.  But after each shutdown in the last few years, reports have proliferated that few people notice the effects of the shutdown (see here as well).  A poll taken in Michigan – not exactly Ground Zero for rugged self-reliance in today’s America – revealed that in October 2013, 80% of respondents experienced no impact from the shutdown.

Instead of saying the people “blame” Republicans, we might say the people attribute a shutdown to the Republicans.  And indeed, there’s actually a healthy percentage of those who agree the Republicans are behind it who also favor the reasoning behind the political showdown, even if they wish it didn’t have to take the form of a shutdown of government functions.  (Tea Party conservatives/libertarians fall in this category.)

This leads to the second factor ignored by the Rove-et-al argument.  The people do care about the underlying issues being disputed – at least sometimes.

There are times (e.g., 2011) when the president has successfully played a game that backs Congress into a corner, presenting a spending record, engineered from more than two years without a budget, that seems to demand raising the debt ceiling lest the nation default.  The issues in a showdown like that are relatively abstruse: intangible for the average citizen, and understood only by those who pay a lot of attention.

But when the issue is something like Obamacare, which has already started to hit the people hard in the wallet, the “folks” are less confused about whether they think extraordinary measures are warranted to stop what the executive is doing.

I doubt that many Americans will ever say they’re in favor of a government shutdown.  But it’s noteworthy that they didn’t flee Republicans after the October 2013 shutdown, when they were polled about their favorability toward Republicans versus Democrats for the 2014 midterms.

They did, however, flee Democrats in droves.  Thomas Lifson picked up on this at American Thinker, in December 2013.  Polls taken between November 2012 and November 2013 were compared (originally by Huffington Post), and the favorability toward Republicans had continued a slow overall rise (to 39.9%) throughout the 12-month period.  The ending poll average, taken on 25 November 2013, was about 5 weeks after the October 2013 shutdown concluded.

But the favorability toward Democrats plunged dramatically in the last month before the 25 November poll average, falling from just under 45% to just under 37%.  Voters were not fleeing Democrats because of the government shutdown, of course.  They were fleeing Democrats because of Obamacare, which was beginning to alarm the people – even adversely affect many people’s lives – by that point.

The people did care, tremendously, about the issue the Senate conservatives precipitated the October 2013 shutdown over.  Few might have thought a government shutdown was an elegant strategy, but it was quite wrong to think that the “blame” given Republicans was a political death sentence.

Beyond the anti-shutdown drumbeat, the legacy-conservative pundits are now flogging the theme that “in context” – as George Will put it on Sunday – Obama’s amnesty plan won’t amount to that much.  The 5 million who will be immunized from deportation probably weren’t going to be deported anyway.  The millions who will be given work visas are already working.  Obama will be signing an amnesty order for show, to buck up Democrat supporters, rather than making a big material difference to reality in the USA.

Now, maybe Americans are, in fact, stupid enough to buy this reasoning.  But I suspect there’s a good number of Americans who recognize an unadulterated, appeasement-style argument when they see one.

The problem is precisely that there are so many millions of illegals who have flooded America since 2012, on the understanding that they would not be deported, if they could just get here and manage to “disappear” for a while.  The problem is that the Obama administration has encouraged the development of that exact condition.  It didn’t just happen.  Obama is the reason that the 5 million are here to await the stroke of a pen that will end their “disappearance” interlude.

It will actually make a real, material difference for these people to be granted amnesty.  It means all 5 million will be emboldened not only to stay in America but to immediately demand welfare benefits.  It also means those 5 million, and many others, will be emboldened to flout laws the rest of us have to obey, even more egregiously than they have before.  (They will be emboldened to bring lawsuits to harass and steal from productive, law-abiding citizens as well.  Abetted by the litigation industry, this is guaranteed to be one of the outcomes of Obama’s amnesty– and see here for how it’s going to go, in at least some jurisdictions.)

Obama has presented another fait accompli to the people, and Will is arguing that we should just shrug about the little exclamation point of an amnesty order, because the damage is already done.

But the greatest damage of all will, in fact, be done by the order itself, not because Obama would be failing to observe the “etiquette of democracy,” as Will puts it, but because he will be getting away with an action that no one is willing to make a serious effort to stop, and that is clearly contrary to the rules we have all agreed to live by.

If the president can simply ignore the rule of law in this instance, where else can he do it?  (“Environmental” regulatory overreach is one obvious realm.)  And who else can do it?  What does the rule of law even mean, if the president is not to be constrained by it?  What will it mean for Homeland Security workers – Border Patrol, ICE – who will never know from one day to the next whether the law they are enforcing will simply be breached for convenience by the president himself?  What will the states face, as the import of this action sets in over time?

And yet the legacy-conservative pundits suggest, in effect, that nothing be done about it.  I am sorry to have to say it, but their argument is quite similar to that of the appeasers who argued that the Sudetenland was populated mostly by Germans anyway, and therefore it didn’t matter that much that Hitler had invaded it.

It actually mattered far more that Hitler invaded it, without penalty, than it mattered what the demographics of the Sudetenland were.  In the same way, it will matter far more that Obama gets away with executive amnesty, to consolidate an influx of illegals that he deliberately encouraged, than how many illegals are given amnesty or what the particulars are.

Maybe the American people are stupid.  But that’s not the evidence I see.  They know something the pundits seem to have lost sight of: the difference between winning and losing.  They know perfectly well that an executive amnesty order from Obama is a major loss for America, and that it can’t be spun any other way.  If he gets away with it, there is as little telling what he will go on to do as there is what Vladimir Putin will do, having gotten away with invading and annexing Crimea.

We’ve reached the point at which America can’t keep absorbing more major blows without changing in ways we can’t navigate back from, through the traditional means of law.  Without suggesting that all the people see that, I’m confident that more of them see it than ever before.  Sadly, I think too many of the legacy-conservative pundits don’t see it at all. 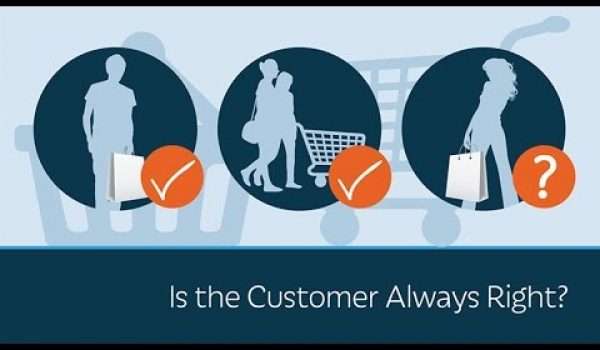 Video: Prager U on how to be an ethical shopper
Next Post
BREAKING: Missouri declares state of emergency ahead of grand jury report on Officer Wilson