On the heels of supporters of New York Democrat Nita Lowey  plastering the walls of synagogues with posters claiming her Republican opponent, Chris Day, is a “Jew hater” and an “anti-Semite,” the the Dem candidate’s backers have released a voice message to prospective voters that may run afoul of federal campaign finance laws.

The phone number placed on the bottom of posters that refer to Day as an anti-Semite at first was a non-working number that disconnected when dialed. At some point, the number was changed and now plays a recorded message that can be heard below (with difficulty: The caller’s children were close by).

Hi. This is Sruli Orzel. This Tuesday, November 4th, there is an election for Congress in the district which includes the entire (inaudible). The Republican candidate, Chris Day, is an individual whose (inaudible). He has promised to bring this view to the Congressional level (inaudible). This is why I strongly encourage to go out and vote for the Democratic candidate, Nita Lowey.”

The remainder of the message offers transportation information.

It does not, however, include any information on who paid for it or the party affiliation of the candidate. According to the Federal Election Commission, political ads or solicitations must follow these rules:

Political committees must include a disclaimer on (1) all “public communications” (defined below), (2) bulk electronic email (defined as electronic mail with more than 500 substantially similar communications) and (3) web sites available to the general public, regardless of whether the communication expressly advocates the election or defeat of a clearly identified candidate, or solicits funds in connection with a federal election (i.e., contributions for a federal candidate or federal political committee).

Specific examples of public communications that would require a disclaimer include:

The phone call in question contains clear expressions of advocacy, telling the voter to go out and choose Nita Lowey.

Even in cases where the communication is not authorized by the candidate, a disclaimer must be added:

On a public communication that is not authorized by a candidate or his/her campaign committee, the disclaimer notice must identify who paid for the message, state that it was not authorized by any candidate or candidate’s committee and list the permanent street address, telephone number or World Wide Web address of the person who paid for the communication.  11 CFR 110.11(b)(3).

Example:  “Paid for by the QRS Committee (www.QRScommittee.org) and not authorized by any candidate or candidate’s committee.”

This appears to be a clear violation of the FEC law.

Either way, it is a continuation of the disgusting and desperate smear campaign against me, despite my wife being Jewish, my son halachly Jewish, and my being the VP of an Israeli-focused investment firm and member of the Jewish Society at Yale. 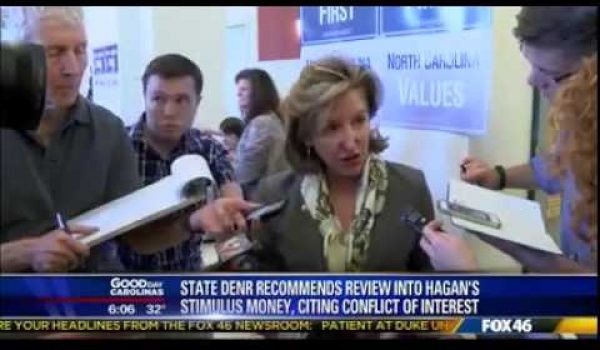