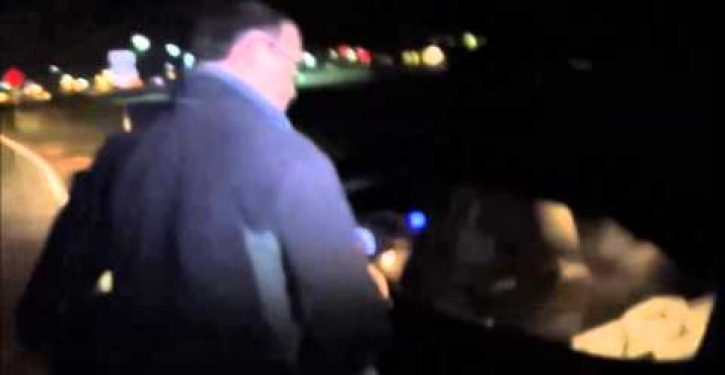 It’s come to this. The handwriting is on the wall for the Democrats, who appear poised to lose control of the U.S. Senate. And since desperate times call for unlawful efforts, at least according to the Donk playbook, dispirited libs have taken to filching lawn signs from homes that indicate support for a Republican candidate.

A man named Dana Long was recently apprehended by police in Middletown, Del., for the crime of stealing Republican campaign signs. If that’s not pathetic enough, consider that Long is the husband of Democrat State Sen. Bethany Hall-Long.

In the video that follows, Long is caught in the act by Republican campaign workers who noticed their signs mysteriously disappearing from the side of the road. When confronted, he tries covering his face with the stolen campaign signs. When that doesn’t prove successful, he then argues that nobody can claim ownership of the signs because “there is no name” on them.

“Yes there are,” one of the campaign workers says. “Look at right here. Right here. Property of the Republican Party.”

Before Long gets in his vehicle and drives away, the campaign worker says “We gotcha, brother.”

To his credit, Long stops before claiming his dog ate his homework or blaming his theft on a computer crash.

Now the court system will have him. Long was charged with a Class A misdemeanor and faces up to one year in prison, as well as a hefty fine for his misdeeds. 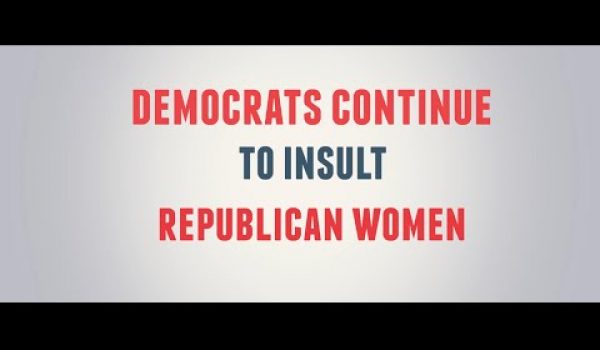 Video: The GOP’s war on the War on Women
Next Post
Mother arrested after photo of baby pinned to door frame posted on Facebook