It has now been determined how the disturbing picture of a 14-month-old child hanging from a door frame by his twisted t-shirt ended up on Facebook. The baby’s parents had an argument, and the father posted the image on social media to spite the mother. Why the mother hung her child from a planter hook in the first place has yet to be determined.

According to CBS Virginia affiliate WTVR, investigators in Spotsylvania, Va., responded to numerous reports by people who were horrified to see the picture of a young toddler dangling in the air from a door frame. “The boy was hanging by his twisted tee shirt and appeared to be scared and crying.”

Sgt. James Konicki with the Spotsylvania County Sheriff’s Office is quoted as saying:

That’s no thanks to the mother, identified as 18-year-old Alexis Breeden. Breeden turned herself in Thursday afternoon after a felony warrant was issued for her arrest. She now faces a felony child abuse charge. The station also unearthed court documents showing that the teen mother recently pleaded guilty to an assault and battery charge against one of her own parents and was ordered by the court to complete an anger management course and undergo a mental health evaluation. 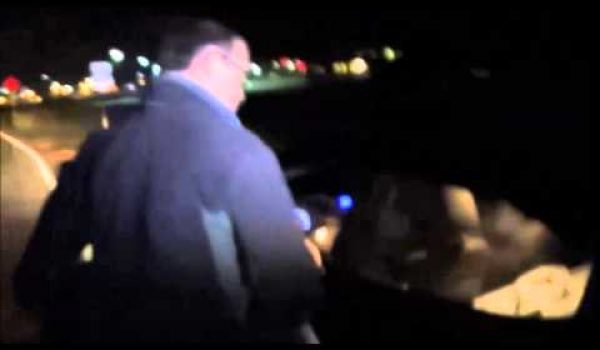