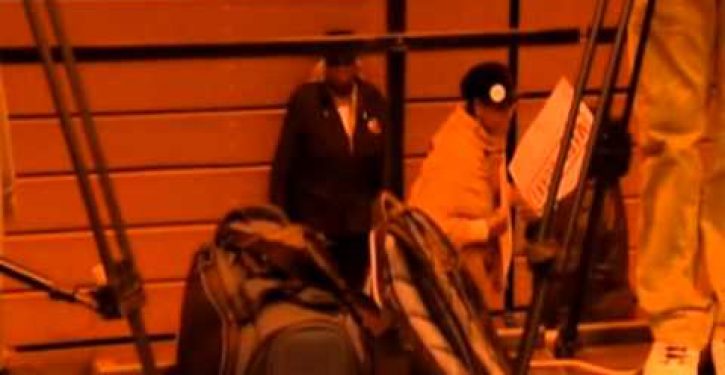 Now, class, what does Barack Obama love more than anything? Hint: It’s something — perhaps the only thing — he’s reasonably good at? The answer is campaigning. His 2008 campaign revolutionized the art of running for elective office by using email and social media in a manner theretofore unseen.

Imagine how bitter a pill it is for the president to be told by Democrats seeking election or re-election to “stay in Washington” where his toxic record can’t hurt them. When he does venture out of quarantine these days, the result is more bitter than sweet. He should have learned this lesson last week when he stumped for a Democrat running for Maryland governor. Not only was the one-time rock star president unable to fill all the seats in a suburban high school gym, but the crowds began streaming out before he was halfway through his prepared remarks.

Undaunted, he made another effort to stir the passions of voters in Milwaukee on Monday, where he went to campaign for Wisconsin gubernatorial candidate Mary Burke. First, he had to contend with a heckler, who called for immigration reform.

Then it happened again. As he spoke, cameras in the auditorium caught a steady stream of attendees beating a path for the door.

His polling numbers have been in free fall for some time now, which has to hurt someone with his degree of narcissism. His approval rating has been so low that in March, MSNBC traveled all the way to Kenya to find crowds supportive of America’s first half-Kenyan president.

It’s bad enough that Obama’s radioactivity has caused Democratic candidates to accord him leper status. But true to form, the White House won’t truthfully acknowledge that is what is happening. Watch this embarrassing exchange between ABC White House correspondent Jonathan Karl and Press Secretary Josh Earnest: