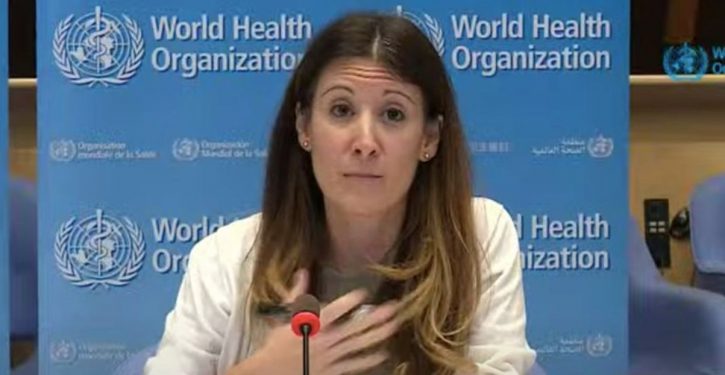 A World Health Organization official said Monday that she suspected human-to-human transmission of the novel coronavirus “right from the start,” beginning on Dec. 31, 2019.

But WHO officials echoed Chinese authorities and denied any suggestion of human-to-human transmission for weeks after Dec. 31. Chinese doctors, meanwhile, were reported to have known for weeks prior that the virus could be transmitted between humans.

“Right from the start, from the first notification we received on the 31st of December, given that this was a cluster of pneumonia — I’m a MERS specialist, so my background is in coronaviruses and influenza — so immediately thought, given that this is a respiratory pathogen, that of course there may be human-to-human transmission,” Dr. Maria Van Kerkhove said in a press briefing Monday.

Despite Van Kerkhove’s apparent suspicions, the WHO repeated Chinese authorities’ downplaying the possibility that the virus could spread between people. (RELATED: WHO Chief Who Won Election With China’s Help Now Running Interference For China)

The WHO repeatedly stated in early and mid-January that Wuhan healthcare workers weren’t becoming infected with coronavirus — a key indicator of human-to-human transmission.

Yet Wuhan doctor Lu Xiaohong told China Youth Daily that by Christmas she had already heard of doctors becoming infected with the virus. The Wall Street Journal similarly reported that Chinese doctors were aware of human-to-human transmission of COVID-19 since late December, though Chinese authorities censored those who spoke out.

Additionally, a study by The Lancet found that by Jan. 2, only 27 of 41 laboratory-confirmed coronavirus patients had connections to the Huanan seafood market thought to have been the source of the outbreak.

But a Jan. 12 WHO press release said: “Based on the preliminary information from the Chinese investigation team, no evidence of significant human-to-human transmission and no health care worker infections have been reported.”

“At this stage, there is no infection among healthcare workers, and no clear evidence of human to human transmission,” it continued.

That press release came one day after, Li Wenliang, the Wuhan doctor who authorities punished for warning the public about the virus, came down with the virus.

The WHO, which didn’t return a request for comment for this story, continued asserting that there was no evidence that the virus could be transmitted from humans.

“To date, there has been no suggestion of human to human transmission of this new coronavirus,” the WHO said in a Jan. 13 press release. “There have been no infections reported among health care workers, which can be an early indicator of person to person spread.”

“Preliminary investigations conducted by the Chinese authorities have found no clear evidence of human-to-human transmission of the novel #coronavirus (2019-nCoV) identified in #Wuhan, #China,” the WHO tweeted Jan. 14.

“To date, China has not reported any cases of infection among healthcare workers or contacts of the cases. Based on the available information there is no clear evidence of human-to-human transmission,” read a WHO press release that same day.

By the time the WHO acknowledged evidence of human-to-human transmission, which they did on Jan. 22, the U.S. had already detected its first coronavirus case. 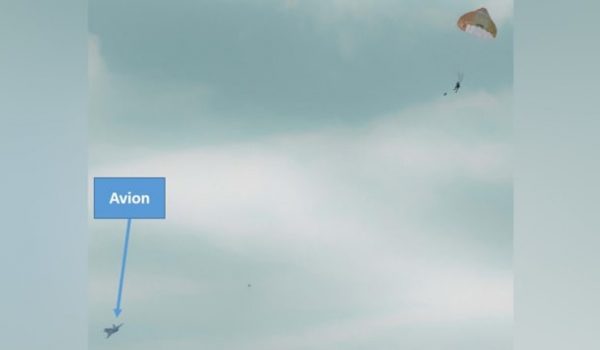 Passenger ejects himself from jet fighter during joyride arranged by co-workers
Next Post
Bill Gates: World ‘in uncharted territory’ for not listening to him ‘and other health experts’