Seems like laughing at Democrats is a trending theme this election season.

During a debate with her opponent Tom Reed (R), Martha Robertson (D)  took the ‘ask your opponent anything’ portion of the event to cast an absurd allegation that he is part of the so-called ‘War on Women.’

The audience would have none of it, bursting into laughter at Robertson, and causing her to pause and ask, “I get a little time right?”

It’s difficult to discern if the question was sarcastic in nature after having been interrupted, or if she was legitimately asking for more time because her question had been halted by hearty laughter.

Professor Jacobson at Legal Insurrection has chronicled Robertson’s litany of failures in this race, and explains that those failures have led to a credibility problem which surfaced during this clip.

Democrat Martha Robertson has had so many self-inflicted troubles in her campaign against incumbent Republican Tom Reed in NY-23, it’s hard to catalog them all.

Robertson has been written off by the DCCC and every major nonpartison national analyst, a long comedown from the heady days when she was considered a prime “Red to Blue” prospect to flip a Republican seat.

When a candidate loses credibility, it’s hard to regain.

At the candidate debate tonight, that lost credibility was evidenced when Robertson accused Reed of being part of the War Against Women.

We’ve also mentioned some other awkward and embarrassing moments from her campaign, such as the time she had a sex offender perform at a fundraiser, or her history of sending out fraudulent fundraising e-mails. 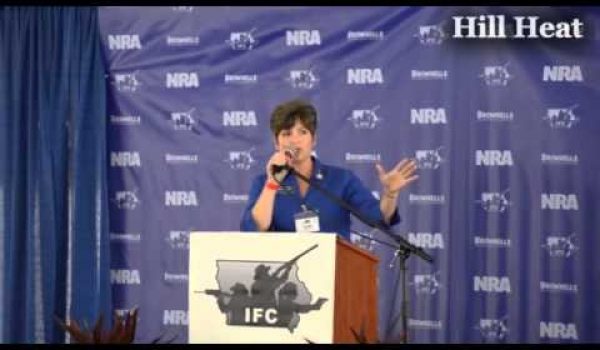