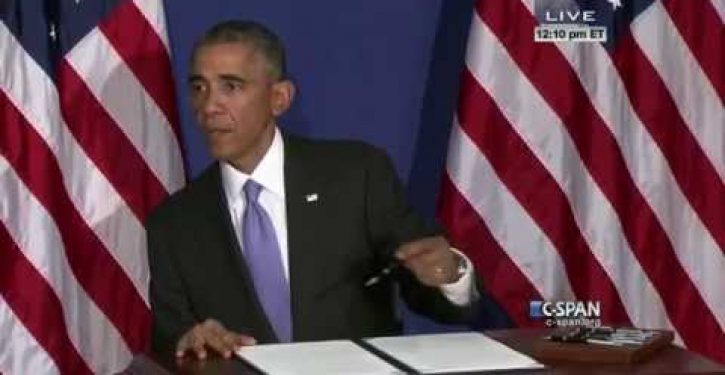 President Obama disclosed during an executive order signing ceremony Friday that his credit card was recently rejected when he attempted to use it at a New York restaurant.

“Turns out, I guess I don’t use it enough, so they thought there was some fraud going on,” he explained, while signing the order, according to The Washington Times, which reported:

Mr. Obama revealed his plastic problems while signing an executive order the White House says will make the federal payments system safer, making a plea for more banks and retailers to adopt enhanced security measure to protect consumers from fraud and identity theft.

It’s not the first time that Mr. Obama’s credit card has been caught up in the national debate over financial security.

The president reportedly holds a JPMorgan credit card, and the New York banking giant was the victim of a massive hacker cyberattack that compromised an estimated 76 million cardholder accounts.

JPMorgan officials declined to say whether the president’s credit card was affected.
Mr. Obama told CFPB employees he was bailed out and able to settle his restaurant tab with another credit card.

The day was saved by the first lady, who apparently didn’t want to see him washing dishes in exchange for his meal.

“Fortunately, Michelle had hers,” the president said.

I can’t speak to his personal finances, but under Obama’s stewardship, the United States’ credit has been downgraded several times by all major credit reporting firms. But it wasn’t because he didn’t rely on credit enough.

Watch this clip of his remarks, via C-SPAN. 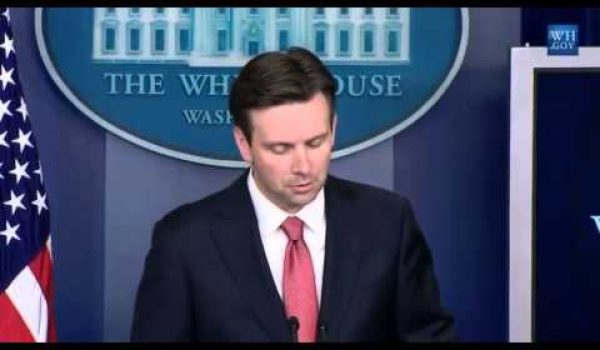