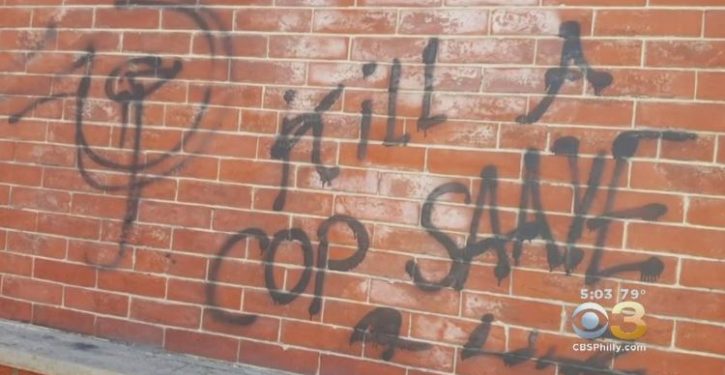 It’s hard to know what will be added next to the encyclopedia of things racist, or why.

In 2019, an MSNBC guest declared that interviewing white working-class voters is racist. Why? Because it sends the message that “white Republicans matter.” Which — evidently — they don’t. Several weeks earlier, Biden VP short-lister Stacey Abrams insisted that the Electoral College is racist.

Other racist things have included the Rambo movie that came out in 2019, criticism by a white politician of a politician of color, the Declaration of Independence, the classic children’s film “Mary Poppins,” and peanut butter.

Now the tome-length list has a new addition: covering over graffiti. In the video that follows, three young women are busily working at scrubbing out grafitti spray-painted on the building in Washington, D.C. that is home to the Department of Veteran Affairs. As you can see, the front of the building is boarded up after protesting vandals recently smashed the windows.

As the women apply elbow grace, a car pulls up and a female passenger asks them, “Why are you guys removing Black Lives Matter grafitti?”

It’s hard to make out the response, though after a couple of changes the questioner reveals her real motive, stating, “So you don’t care about black lives then.”

Who knew that this defacement of public property was intended to remain as a permanent reminder of the value of black lives? Maybe the Left should come out with a manifesto explaining which chicken scratchings are to be preserved for posterity and which are not.

In the meantime a couple of Twitter users had splendid suggestions:

Spray BLM on her car, that would be cool

In America, Black deaths are not a flaw in the system. They are the system
Next Post
Cartoon of the Day: Fiddle Dee and Fiddle Dumb 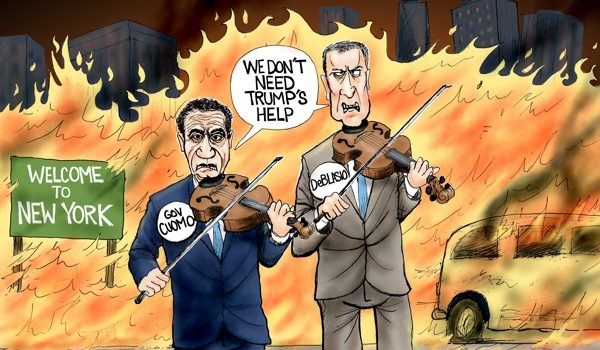