The U.S. economy is looking pretty good right now compared with the global economy, where developed and developing nations alike — even China — are entering or experiencing economic downturns.

And President Obama has been bragging about it, as noted by the Wall Street Journal’s Neil King Jr. “The United States has put more people back to work than Europe, Japan, and every there advanced economy combined,” he said recently. “I want you to think about that.

The U.S. economy does look better now, but that’s in part because other countries all over the globe are facing renewed economic struggles, rather than because of smashing U.S. economic success.

Here are six areas of the globe with economic trouble ahead.

1. An increased national sales tax is giving Japan economic trouble. A 3% increase in Japan’s national sales tax, from 5% to 8%, is a big factor in what appears to be the beginning of a recession there, reported the Wall Street Journal. Businesses and consumers who stocked up on goods early in the year to skirt the tax contributed to an economic burst that’s faded now that the tax is in effect. The International Monetary Fund said the country has a 24% chance of entering a recession this year, although most economists expect the downturn to be brief.

Fear of contagion has caused the most damage, as people abandon their businesses and cease to work. The Ivory Coast, which borders Sierra Leone and Guinea, recently closed its borders in an effort to shut out the virus that is causing chocolate producers grief, reported Politico. The harvest season is just beginning, but the closed borders mean less workers in the world’s largest producer of cacao, and could mean increased prices of chocolate worldwide.

3. China is growing at its slowest rate in years. Despite news Monday that China’s export and import numbers for the month of September are unexpectedly high, the country’s third quarter GDP growth is expected to fall to about 7% — its lowest growth rate in five years. The government has been aiming for a slower, more sustainable growth rate for some time, by consistently lessening stimulus measures following economic downturns reported The Wall Street Journal. But if officials allow growth to slow too much, parts of the economy could spiral downward out of their control.

4. Economic sanctions concerning Ukraine are hurting Russia. Western economic sanctions on Russia in response to the ongoing conflict in Ukraine are hurting the Russian economy. Food prices are soaring, fewer people are traveling and the state is taking money from pension funds to subsidize struggling companies, reported the Washington Post. In October, the IMF halved its projection of Russia’s economic growth from 1% to 0.5 percent, reported the Wall Street Journal. In a discussion of the report, the IMF’s Antonio Spilimbergo said “geopolitical uncertainties” are scaring away investors. “Uncertainty makes investors very reluctant to invest in Russia,” he added.

5. Brazil is set to have its worst year since the 2008 financial crisis. Brazil’s economy is expected to grow less than 1% this year — the worst growth rate since it grew 2% smaller in 2009, reported the Wall Street Journal. In an effort to control inflation, Brazil’s central bank has kept interest rates high. But inflation remains high and those interest rates combined with low growth have discouraged companies from expanding. Fewer jobs are being created, and consumers are spending less because they don’t feel financially secure.

6. The Eurozone could fall into its third recession in six years. Despite aggressive measures by the European Central Bank to stimulate the Eurozone’s economy in recent years, its chance of slipping into a third recession in six years has doubled to 38% since April, according to the International Monetary Fund’s latest global economic projection. Germany’s economy in particular is expected to grow well below an earlier projected rate of 2%. German exports fell sharply in August — a sign demand for German goods is falling in developing nations who are also experiencing renewed economic struggles. German and other European governments working to rein in massive deficits or balance their budgets are facing renewed pressure to stimulate the economy via increased spending.

The IMF warned in October the global economy might never recover the pace of expansion before the 2008 financial crisis. “The pace of global recovery has disappointed in recent years,” the IMF said, after revising its April forecast of global growth from 3.7% to 3.3%. “With weaker than expected global growth for the first half of 2014 and increased downside risks, the projected pickup in growth may again fail to materialize or fall short of expectation.” 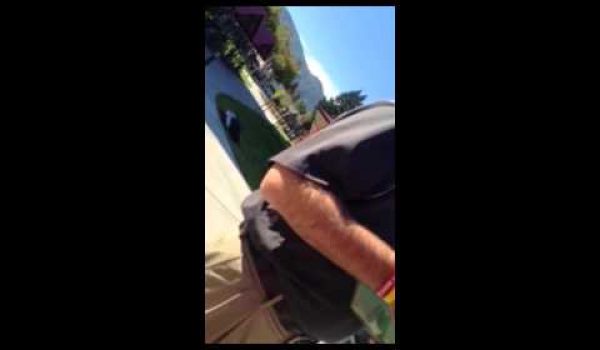