A rather stinging indictment of New York City Mayor Bill de Blasio appeared on Sunday, carrying the lengthy subhead “You didn’t have to love Michael Bloomberg or his views. But for three terms as mayor, there was no doubt he was in charge. De Blasio, nine months into his tenure, has looked at times as overmatched as an actual manager as President Obama has. The perception is that First Lady Chirlane McCray and the Rev. Al Sharpton are running him.”

So what misguided conservative penned that critique? None. The words preceded a column by liberal Daily News sports writer-turned-political commentator Mike Lupica, who went on to write:

The problem for Bill de Blasio, one that only he can solve, is the perception now that when voters elected him, and by a lot over Joe Lhota, they apparently elected the Rev. Al Sharpton and de Blasio’s wife, Chirlane, at the same time.

Maybe that is why de Blasio seems to be playing to an audience of two these days with his handling — or bungling — of news about Rachel Noerdlinger, his wife’s chief of staff, that seems to keep coming. None of the news is much good for Noerdlinger, or the mayor of New York.

Noerdlinger, who is the focus of the bulk of the column, is the chief of staff to de Blasio’s wife. She is also the subject of two posts by Rusty Weiss that note that her live-in companion, Hassaun McFarlan, once tried to run down a New Jersey cop and routinely posting violent and misogynistic screeds online.

Perhaps the cruelest cut in Lupica’s takedown is directed not at de Blasio but at the man he compares de Blasio with, the man who has come to represent the “gold standard” for ineffectual leaders, Barack Obama. Lupica has been urging the president to “take the lead” and “man up” for months now. 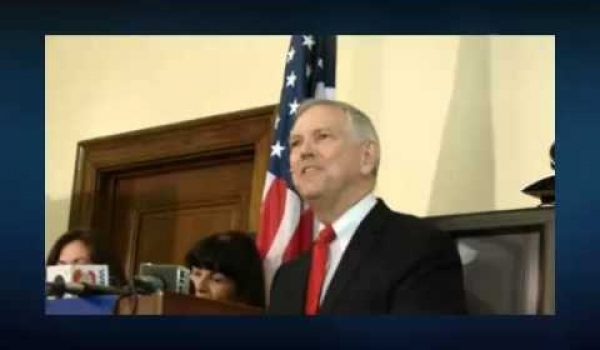