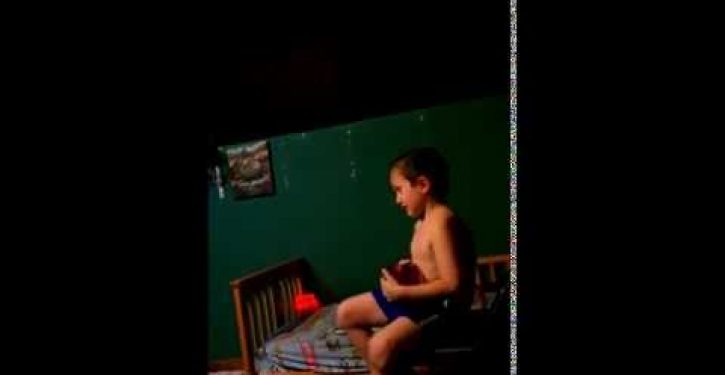 Perhaps when he’s older — when he’s 8, maybe — Dean will look back on his crying fit and realize that throwing a temper tantrum is a pretty good indication you’re not ready for marriage.

The video comes courtesy of the website What’s Trending, which describes the situation this way:

During the 6-year-old boy’s tantrum, his dad tried to calm him down by saying he doesn’t need to be married until he’s older…

At another juncture, he sighs, “I wish I was 80! Because then I could get married.”