An employee of an upstate New York radio station had a momentary lapse of sanity when he emailed his frustration with Congressman Chris Gibson (R) to a campaign staffer, saying Gibson should “find a real job like the rest of us and not live off the taxpayers [sic] money.”

Via the Free Beacon:

Gibson’s campaign emailed local news organizations a press release regarding the International Union of Painters and Allied Trades union’s endorsement of the congressman.

A WIOX employee used the press release to express his annoyance with Gibson’s career as a member of the military.

“Cool,” a WIOX staffer wrote in response. “Someday maybe he will find a real job like the rest of us and not live off the taxpayers [sic] money as he has done his whole life.”

Gibson is a retired Army colonel, having served in the First Gulf War, Kosovo, and Iraq.  He has earned four Bronze Stars, two Legions of Merit, and one Purple Heart award during his career.  In short, he was a decorated war hero long before he became an accomplished congressman.

Even better, the radio station employee hopes Gibson is replaced by someone who presumably in their mind, has had a real job – Democrat Sean Eldridge.

“Someday [hopefully] he will be replaced by Sean Eldridge,” wrote an employee of WIOX Radio to the reelection campaign of Rep. Chris Gibson (R., N.Y.) in a Sept. 18 email to Gibson aide Rebecca Shaw.

Contrast Gibson’s storied career with that of Eldridge. Gibson’s war credentials obliterate Eldridge’s career moves which culminate on his resume with “guy who married a guy that helped invent the Poke button.”

Eldridge married Chris Hughes, co-founder of Facebook and publisher of the New Republic, whose net worth in 2012 was estimated to be just shy of $1 billion.

Actually, the pinnacle of his working career may have been that one summer he worked at Taco Bell. 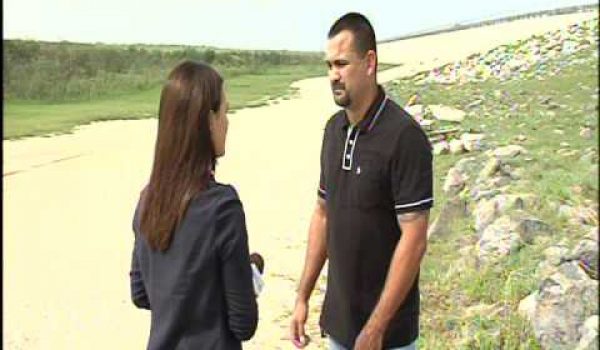