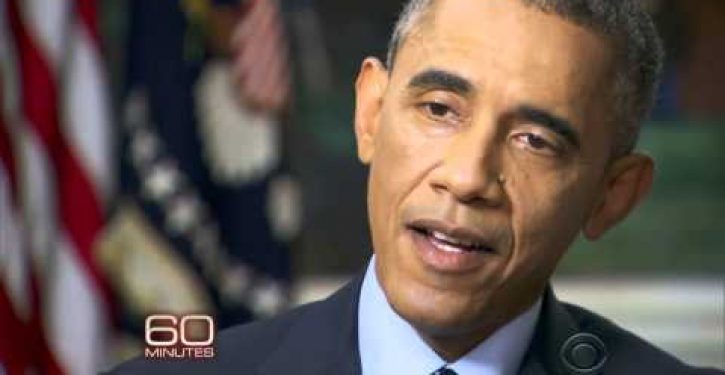 It’s know as chutzpah, and it is exemplified by dismissing a terrorist organization as junior varsity, then — after the group has begun randomly lopping off the heads of innocent people — looking for someone else to blame. It is also known as “buck passing,” and that is what President Barack Obama did last night in his interview with Steve Kroft on CBS News’s “60 Minutes,” where he accused the U.S. intelligence community of underestimating ISIS’s influence and rapid buildup in Iraq and Syria.

“How did they end up where they are–in control of so much territory?” Kroft asked. “Was that a big surprise to you?”

That’s when one of the president’s senior advisors got familiar with the underside of a bus.

“[National Intelligence Director] Jim Clappper has acknowledged that I think they underestimated what had been taking place in Syria.Obama replied.

Obama’s statement flies in the face of reports earlier this month that he was continuously kept apprised of the Islamic State’s rapid buildup through the Presidential Daily Briefings.

President Obama was given detailed and specific intelligence about the rise of the Islamic State as part of his daily briefing for at least a year before the group seized large swaths of territory over the summer, a former Pentagon official told Fox News.

The official — who asked not to be identified because the President’s Daily Brief is considered the most authoritative, classified intelligence community product analyzing sensitive international events for the president — said the data was strong and “granular” in detail.

The source added that anyone reading the briefings “could not come away with any other impression: This is getting bad.”

Reached by The Daily Beast after Obama’s interview aired, one former senior Pentagon official who worked closely on the threat posed by Sunni jihadists in Syria and Iraq was flabbergasted. “Either the president doesn’t read the intelligence he’s getting or he’s bullsh*tting,” the former official said.

Even if both sources are wrong, it was the president’s own decision to pull all U.S. personnel out of Iraq that denied the intelligence community its greatest asset–human intelligence.

Keeping forces on the ground in Iraq would also have been a deterrent to ISIS’s growth.

The president has never been one to accept responsibility for any of his administration’s failures, despite his assertion early into his first term that “The buck stops here.”

He repeatedly found it convenient to blame George W. Bush during his first term. Halfway into his second term, he now turns his back on his own people.

Watch the clip, via The Washington Free Beacon: 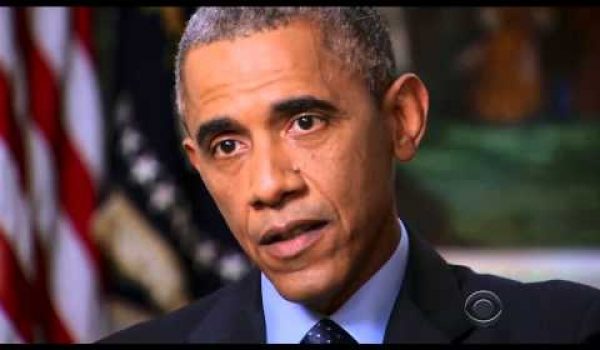 Obama: Americans MUCH better off than when I took office: They’re just too stupid to know it
Next Post
Customer refused a moist towelette at a halal-only branch of KFC because it contains alcohol