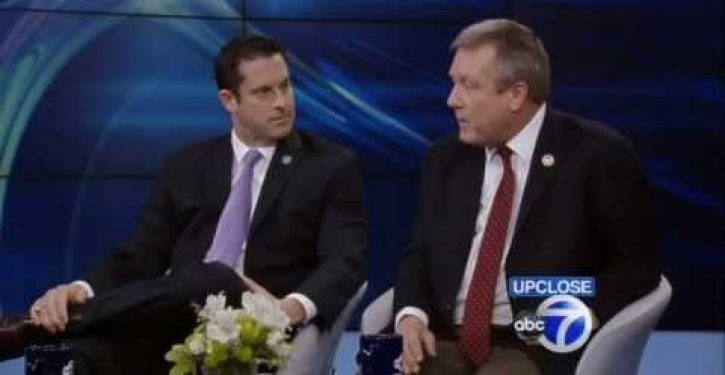 It’s the best deal in town, and might be the most generous ever offered by the city.

New Yorkers who sign up for new municipal ID cards will be able to score free memberships to nearly three dozen of the city’s top cultural institutions — from the Metropolitan Museum to the zoos in each borough.

In a bid to lure the city’s estimated 500,000 undocumented immigrants to carry official identification, those who enroll will get a sweet deal packed with comped tickets and discounts easily worth $2,100.

“This card is going to be something that people from many walks of life are going to be taking advantage of,” Mayor de Blasio said at a press conference at the Bronx Zoo Thursday.

“It’s crucially important, to treat our fellow New Yorkers who happen to be undocumented with great respect and inclusion. That’s a great advantage of this card.” [Emphasis added]

We reported in late June that the municipal ID’s would grant numerous privileges to illegals, including the ability to open bank accounts and vote in local elections. So trips to the zoo or a museum would be the least of the problems involved in such a program. But it is yet another reward for city residents who have refused to follow the procedure that making their status in this country legal entails (aka, the law).

Danny Dromm (D), one of the bill’s co-sponsors, had this exchange with Republican Senator Greg Ball in February:

The following is a portion of the debate transcript provided by Right Scoop:

DROMM: I have a piece of legislation that would allow non-residents to vote in NYC municipal elections…

HOST: Let me ask you though, will the municipal ID be used for voting and can you vote if you have one of those?

DROMM: It’s a possibility, but that may be a way that we can try to find out who people are…

HOST: But answer that question… could it be used for voting?

Earlier this month, Democrats introduced a bill called the New York Is Home Act, which would have blatantly provided voting rights to illegals.

They are pushing – and openly hoping –  for a chance to grant citizen and voting rights to illegal immigrants, making the Empire State a sanctuary state.

A recent report on the New York Is Home Act indicates that illegal immigrants would indeed be granted voting rights in state and local elections, and that the first step toward making this a reality was the municipal ID program which Mayor Bill de Blasio recently signed into law.

The report also cites Democrats such as State Senator Gustavo Rivera, sponsor of the New York Is Home Act, along with Democratic Brooklyn Assemblyman Karim Camara, cheering a Democratic majority in the Senate as the best possible path for granting amnesty to nearly 3 million illegal immigrants in the state.

Republican officials meanwhile, were none to thrilled with the idea of bypassing federal immigration laws to make New York a sanctuary state, saying it would open a door to further abuse and fraud.  Not to mention concerns of terrorism at our borders, which ISIS has reportedly been trying to exploit.

ISIS members, I’m sure, will be thrilled with their new Bronx Zoo membership.