At a press conference, Gonick said “MVP can no longer afford to offer them, and we believe plan members – seniors living on fixed incomes – will not be able to afford the premiums we would have to charge for them.”

Saying it was “not fair to our seniors,” Gonick went on to cite a variety of reasons for the bad economic forecast.

MVP is faced with a series of economic issues, including reduced Medicare Advantage payments, sequestration, a reduced Part D subsidy, and a two percent health insurance tax on premiums. At the same time, the cost of medical care continues to spiral upward.

Sequestration, despite what the media had reported at the time, was an idea spawned by the Obama administration.

Meanwhile, Medicare Advantage payments were reduced due to the Affordable Care Act, which would have been exponentially worse had the administration followed up on their original planned payment cuts.

There is no escaping the fact that the move by MVP Health Care is directly linked to Obamacare.

Denise Gonick, president and CEO of MVP Health Care, said the system for paying for health care is broken, at least temporarily.

Insurers are losing revenue because of new taxes, government spending cuts and other changes tied to the Affordable Care Act, or ACA. They also have to spend more money if they plan to sustain some health insurance coverage plans, especially those for the elderly.

“In the long run, we don’t think that is a recipe for success,” said Gonick, who heads the Schenectady-based insurer with 700,000 members in New York state.

Obamacare is certainly not a recipe for success – either for insurers or consumers.

Further linking the drop in Medicare products for New York’s seniors is the uncertain economic and health care outlook caused by Obamacare for the future.

Gonick announced that while MVP supports the goal of providing health care to all, “MVP and other health insurers in New York State and elsewhere face several more years of disruption as health care reform continues to roll out.” She added:

Unfortunately, health care costs continue to soar. You can’t spend money that you don’t have.

Earlier this year, MVP Health Care was forced to reduce its workforce, cutting 100 jobs due to Obamacare. 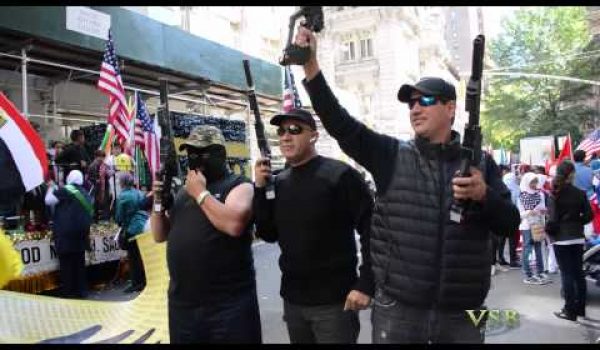 Muslims take Manhattan: 2014 Muslim Day parade
Next Post
An NFL suspension won’t work: I know because I was ‘whipped’ like Adrian Peterson’s son