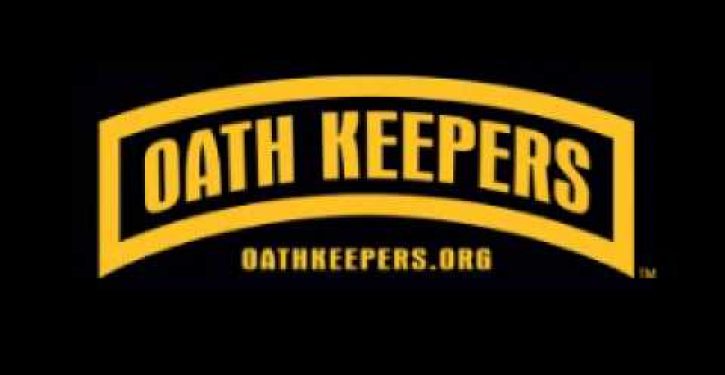 With 9/11 coming up and Fort Bliss, the Army post outside of El Paso, having implemented additional security measures following reports that ISIS is across the border in Ciudad Juarez, Mexico, it is increasingly peculiar that federal agencies don’t want to talk about this.

It has been confirmed through the Texas Department of Public Safety that an alert was issued on the presence of ISIS over the border and the potential for an attack.

Texas sheriffs near the border are on alert as well, like Gary Painter in Midland County, which lies a little over 100 miles up country from the border but is easily accessible from it, across sparsely populated terrain, and is situated on the major thoroughfare of Interstate 20.  Painter spoke to the media on Saturday (all emphasis added):

The sheriff said he received an alert bulletin that ISIS — Islamic State of Iraq and Syria — may have formed a terrorist cell in or near Ciudad Juarez, Mexico, a Mexican border city across from El Paso. He said the alert warned law enforcement agencies to be on the lookout for such activity.

The Reporter-Telegram contacted the FBI for a statement on the reports, but the organization is currently not commenting on the subject.

This is a serious issue for Painter, the former president of the Sheriff’s Association of Texas. He said the situation is made worse by Texas’ open border.

Painter’s concern about the open border is being reinforced by more and more new-media reporting.  The Texas DPS and the sheriffs can’t be everywhere.  Neither can the Texas State Guard soldiers called up by Rick Perry.  A recent, very disturbing set of interviews with Texas ranchers, posted on 4 September by Oath Keepers (h/t: Truth Revolt), reveals just how big a threat that open border may be – and how the Border Patrol is reportedly being gagged and hamstrung in its effort to police it.  (The YouTube video with audio of the entire interview is embedded below.)

Rancher Cuban “Rusty” Monsees lives in Cameron County, at the east end of the Texas border on the Gulf coast.  (Cameron County is where Border Patrol agent Javier Vega, Jr. was killed by cartel-linked illegals on 3 August, while out fishing with his family).  According to Monsees, the Border Patrol has caught illegals infiltrating his area from several of the world’s major sources of terrorist operatives (all punctuation in original):

Rusty describes Border Patrol intercepting Muslim men from Somalia, Iran, Iraq, Syria, and says “when they [Border Patrol] take them in, they’ll disappear – they’ll take them somewhere – and even the records will disappear. And I asked one of them ‘what’s the deal on the records’ and he said ‘that’s an order from way up the line, up in DC – they don’t want anybody to know how many are coming through’…they [the local Border Patrol agents] keep records but the records disappear, out of the mainframe – out of the computer – and the paper records too.”

A second man, Rob, an Oath Keeper who has been helping Rusty guard his ranch for the past month, added the following:

[They] had six middle eastern males on Rusty’s property [which Border Patrol was able to catch] … all I know is they were Muslim.   I wasn’t told a whole lot of information about it.   I do know they had told me they had caught eleven of the same group, the week prior to that, that had been on our United States terrorist wanted list [for acts against the United States] – not watch, but wanted list.  And this is the kind of stuff that they are not releasing to the public, they’re not allowed to release it.

They were caught and they were turned over to Homeland Security, and everything pretty much disappeared like what Rusty was saying.  None of that is any public information or anything like that, so they don’t want it to be public.  [ the BP is not allowed to tell anyone that known terrorists are coming across the border].  They aren’t allowed to speak about it.  The only thing we [the American public] hear about is women and kids… and when they make huge drug busts, that’s what we hear about.  We don’t hear about the gang-bangers coming across, we don’t hear about the terrorists coming across.  We don’t hear about the violence going down on the border.  I had a rancher call me last week, and begging for help on 15,000 acres.  He had been moved off his ranch because he doesn’t feel safe with his family there.  He’s been shot at and threatened.  We don’t hear that [on the news].

We also don’t hear about this on the news:

In the interview, Rusty also describes attacks on lone Border Patrol agents, during day and at night, telling how one officer suffered a broken leg, broken arm, crushed sternum, and eight broken ribs, and how the illegals “stomped on him so bad they thought he was dead, and they stripped off his uniform, got his backup [handgun], his service automatic, went to the unit, they got the tac vest … they got the M-4, all the ammunition, and … all the comm[unications] equipment.” Rusty says this has happened “about six times.”

The problem seems to be bigger than instituting adequate patrol measures, however (e.g., making sure Border Patrolmen are operating together and can outgun the illegals).  According to all the ranchers and security volunteers interviewed, including Rusty and Rob, the Border Patrol has been directed by higher authority not to engage armed illegals coming across the border.

They can’t make any contact with armed cartel, or any armed person for that matter, so if there’s an armed terrorist, armed cartel, uhm, armed MS-13, coming across that border, they’re not allowed to make contact with them. They have to let them walk and call DPS (Texas Department of Public Safety]. And they come out and they arrest them on criminal charges. [what’s their response time?] “Maybe two hours.” So, in other words, it doesn’t happen. “Yeh, it doesn’t happen. It’s complete bogus is what it is. …”

The deployment of the Texas Guard isn’t helping where Rusty is either.  The Guard’s equipment may not be the best, but the bigger problem for Cameron County is that the Guard is deployed somewhat further west along the border (see map).

The Texas State Guard are in the flimsy, cheap, probably Chinese made watch-towers.  They’re not bullet proof, they’ve got glass on four sides and they posted them from McCallen, which is the North end of the Valley, to Laredo, which is about 200 miles.  They’re not down here south.

When asked how many children has he seen coming across, he said “none.”   He has seen large groups of up to fifty people, and they have all been adults, and primarily men. …

“Don’t believe everything you hear in the news.   There is something happening here, there is danger for the people that are living here right now, based on the way they’re handling the immigration problem.   They’re allowing these people to come through our neighborhoods and those of us that are actually living here are the ones that are seeing it on a daily basis.”

He confirms Rusty’s and Rob’s comments about restrictions on the Border Patrol:

They’re not even to draw their weapon on these people – if they can they are supposed to just continue on their way, move out and leave them alone.  And to me, that puts my family in danger because that [open] gate is right at the end of my street.

Read, as they say, the whole thing at Oath Keepers.  There’s a lot more.  Sean Hannity’s been to the border with Rick Perry.  It’s time for higher-profile media to get down there and talk to the ranchers.  Many of them have been on the same land for generations.  It’s because of national policy that they now find themselves on the front lines of what is effectively a growing war on Americans and our way of life.

Sheriff Gary Painter, back in Midland County, thinks we need to fight – and definitely fight ISIS:

Painter said that President Barack Obama and the federal government need to take quick and appropriate action to weaken ISIS leadership. For Painter, that means striking ISIS hard at the source: Iraq and Syria.

“What needs to happen is that there needs to be enough bombs dropped on (ISIS leaders), that every time they hear a jet propeller they urinate themselves down both legs.”