Fox News anchor Megyn Kelly played a brief segment from a George W. Bush press conference held 7 years ago, in which he made what she described as a “frighteningly accurate assessment” of the outcome of leaving Iraq too early.

Since President Barack Obama withdrew all American forces from Iraq, every one of Bush’s predictions have come to pass. These include the “mass killings on a horrific scale,” the terrorists’ establishment of a “safe haven” which will require the return of U.S. military forces” to address “an enemy that is even more dangerous.”

Watch his remarks in the clip below.

Here’s a transcript of the portion of the president’s remarks Kelly played, according to the George W. Bush Presidential Archives.

I know some in Washington would like us to start leaving Iraq now. To begin withdrawing before our commanders tell us we are ready would be dangerous for Iraq, for the region, and for the United States. It would mean surrendering the future of Iraq to al-Qaida. It would mean that we’d be risking mass killings on a horrific scale. It would mean we’d allow the terrorists to establish a safe haven in Iraq to replace the one they lost in Afghanistan. It would mean increasing the probability that American troops would have to return at some later date to confront an enemy that is even more dangerous.

He went on to describe the dangers in the region posed by Iran and Syria, which both offer aid and weapons to terror groups such as Hezbollah and Hamas.

The fight in Iraq is part of a broader struggle that’s unfolding across the region. The same region in Iran — the same regime in Iran that is pursuing nuclear weapons and threatening to wipe Israel off the map is also providing sophisticated IEDs to extremists in Iraq who are using them to kill American soldiers. The same Hezbollah terrorists who are waging war against the forces of democracy in Lebanon are training extremists to do the same against coalition forces in Iraq. The same Syrian regime that provides support and sanctuary for Islamic jihad and Hamas has refused to close its airport in Damascus to suicide bombers headed to Iraq. All these extremist groups would be emboldened by a precipitous American withdrawal, which would confuse and frighten friends and allies in the region.” 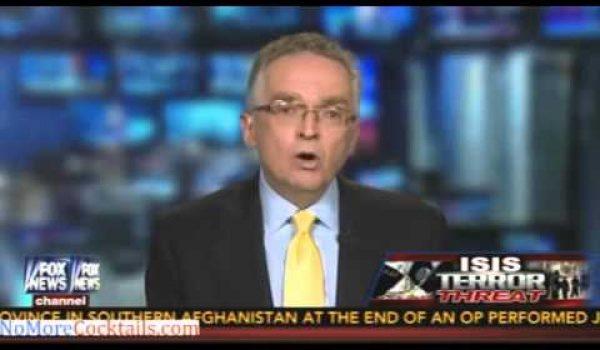