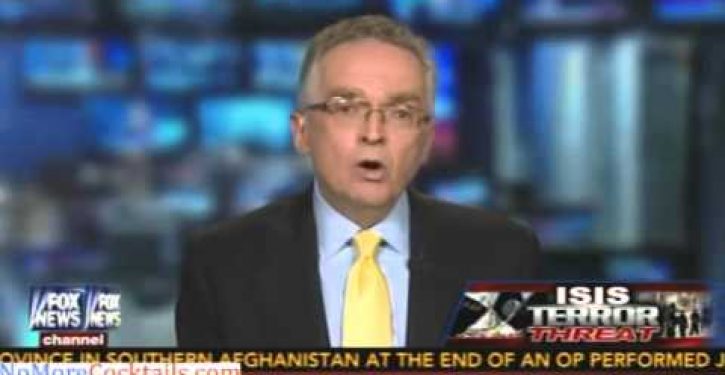 Peters appeared on “Hannity,” where host Sean Hannity asked whether the president was capable of putting together a coalition force to chase ISIS militants “to the gates of Hell.”

He remarked that Obama was incapable even of putting together a coalition of forces like the two Bush’s did in operations Iraqi Freedom and Desert Storm.

“Why? Because they cannot trust Obama,” Peters said, and then listed time-after-time Obama has “screwed over” our allies to get what he wants.

Peters concluded that Obama is “a terrified little man in a great big job he can’t do.”