A city councilwoman in upstate New York is coming under fire after posting her approval of a wild racial conspiracy theory that the federal government is going to be “rounding up and executing” blacks as a way to deal with them. Anastasia Robertson (D-Troy) made the comments in response to a Grio article covering President Obama’s reaction to the shooting of Michael Brown in Ferguson, Mo.

One response to the article is made by “Fast Man,” whose social media platform shows a vast array of conspiracy theories, including subliminal mind control videos, plans for societal control by a “ruling elite,” and claims that the ALS Ice Bucket Challenge is also an attempt at mind control.

In his posting, Fast Man claims that the police mentality in our nation seems to be one of shoot first, ask questions later. He asks:

Could this be a covert plan to create an atmosphere that will allow homeland security [sic] to round up Black People and intern us under the Pat-riot Act combined with The King Alfred Plan?

So well said…..this is a deliberate action of force……the end means does in fact seem to be leading to rounding up and executing of us as a people……Does America want to have a race war? Or we being baited for a systematic change in how Blacks are dealt with in this country?

Here is a screen cap of the comments:

On it’s surface, the conspiracy theory is bad enough. It’s even more troubling when you realize that during her short tenure on the Troy (N.Y.) City Council, Robertson’s most significant contribution was a call for a class action lawsuit against Troy’s own police force … for a case involving unwarranted and unsubstantiated claims of police brutality against blacks.

Either way, urging alleged victims of police brutality to ban [sic] together and sue the city she was elected to serve – and swore an oath reflecting as much – is just beyond the grasp of any rational person.

If Robertson, who is black, believes racism exists within the TPD, there are ways to go about trying to fix it without urging the alleged victims to sue the city for what could be millions of dollars.

Robertson’s call to action followed an incident at a night club called Kokopellis during which eight police officers were injured trying to restore order. However, when a video clip of a black man being forcefully subdued was released, local race-baiters saw an opportunity. Eventually, the FBI was called in to investigate but opted not to continue after examining the evidence and interviewing witnesses.

The incident at Kokopellis has left a significant scar in the interim. Recently, Troy Police Chief John Tedesco mentioned it as a reason why a more aggressive Street Crimes Unit could not be implemented in the city to combat an alarming uptick in violent homicides and shootings. Said Tedesco:

When you look at the profile of the shooters that we’ve had, they’re young black males. Now, this was an agency that was just put under scrutiny for the incident at Kokopelli’s, where only officers were injured. So if I put out an aggressive unit that’s going to target or stereotype one segment of the population, what do you think the reaction’s going to be?

People are being shot in the city of Troy, but the police chief is holding back because he’s concerned about how a more aggressive unit will be perceived. These concerns are stoked by a councilwoman who calls for unwarranted class action suits against the police force and subscribes to a conspiracy theory that the federal government is plotting to lynch blacks.

Does the rest of the City Council support Robertson’s position? 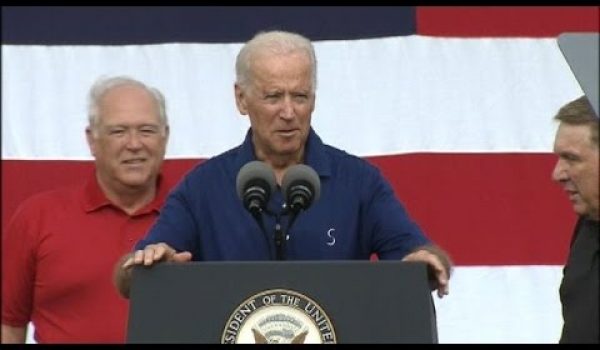