Judith Flanagan Kennedy, former attorney and current Mayor of Lynn, Massachusetts, claims that illegal immigrants enrolling in her public schools are much older than they claim. Most of the illegals are stating that they are between the ages of 14 and 17, but she said some of them are clearly adults with “graying hair” and “more wrinkles than I have.”

Despite her assertion that adults who have entered the country illegally are enrolling in public schools alongside actual teenagers, there is little that can be done. Kennedy said that a directive from the Department of Justice forbids school administrators from questioning or attempting to verify the ages.

However, Kennedy explained that there have been ways to verify the age of some of the illegal students through indirect means.

“We have no ability to confront a student directly and demand an accurate age,” Kennedy said. “Every once in a while, we’ll be able to determine that someone is well above the age at which they would be entitled to an education in the Lynn Public Schools.

“For example, if a student does not show up for a few days of classes, we will send our truant officers out to find out what’s going on at that home,” Kennedy explained.

She said that one such visit yielded a woman who explained that her ‘student’ was a 35-year-old man.

A joint letter between the Department of Justice and the Education Department in May reminded school officials of their obligations to provide equal educational opportunities under the law. It also provided a subtle reminder that immigration status is not considered a relevant facet of determining a child’s residency status.

To comply with these Federal civil rights laws, as well as the mandates of the Supreme Court, you must ensure that you do not discriminate on the basis of race, color, or national origin, and that students are not barred from enrolling in public schools at the elementary and secondary level on the basis of their own citizenship or immigration status or that of their parents or guardians.

While a district may restrict attendance to district residents, inquiring into students’ citizenship or immigration status, or that of their parents or guardians would not be relevant to establishing residency within the district.

If the school officials are forbidden from checking any citizenship or immigration status of these children, then one facet of information that can not be attained is their age. The children, having been born in a foreign country, would be enrolling in the public school without their birth certificate. And according to the DOJ, they could not be asked to provide such documentation.

What benefit would illegal adult immigrants gain by fabricating their age and enrolling as a child in a public school?

Last month, a former Border Patrol Agent Leader explained that once these children are in the school systems, they will not be returned home.

“They are scattering them throughout the population of the United States in various states and putting the local school systems and people on notice that these kids will be attending school in August and September, which by the way is more than 30 days away. They know they’re going to be here. One they’re embedded in the population of the United States, the likelihood that they’ll be removed is somewhere between minus one and zero.”

Not only will the enrollments of illegal children and adults in public schools be a massive burden on taxpayers, it now becomes a crisis of safety. Would you like your 14-year-old child sitting next to a 35-year-old adult in the classroom?

New theme: Obama has no strategy because his advisors can’t agree
Next Post
Video: CNN reporter records her pink-slip departure 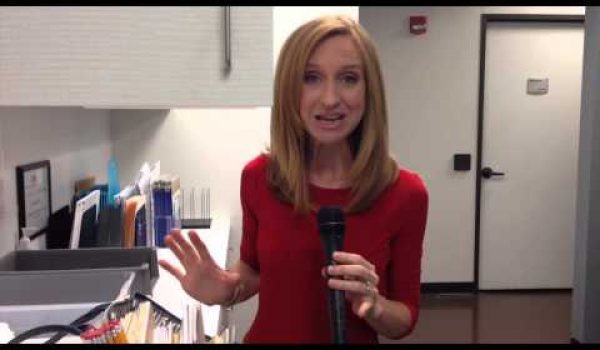