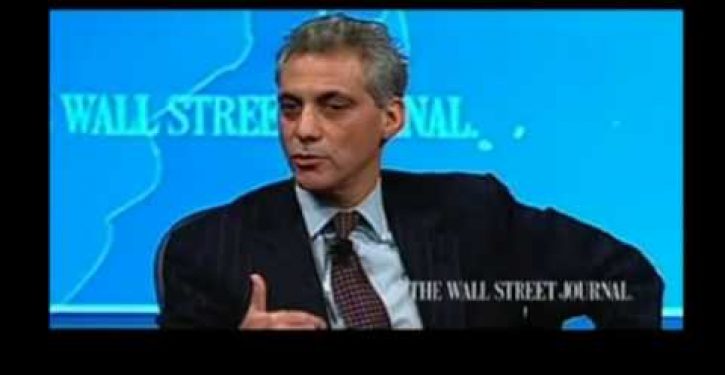 Scheming politicians, opportunists, and grifters have latched on to the recent panic over a supposed campus “rape culture” to clamp down on activities having nothing to do with rape. In some cases, they have imposed regulations that take away consumer choices and harm small businesses.

Never mind that, as Wikipedia recently noted, there has been a steady decline in rape rates for all age groups over the last two decades, and data “from the U.S. Department of Justice’s Bureau of Justice Statistics” show a “58%” overall reduction from “1995 to 2010.” With enough fear, you can manufacture a crisis, and a crisis gives you “an opportunity to do things . . . you could not do before,” as President Obama’s former chief of staff noted in his famous remarks about not letting a crisis “go to waste.”

As the Cato Institute’s Walter Olson notes, small businesses have suffered from “Maryland’s grain alcohol ban,” passed in the name of preventing campus sexual assault, which has “tripped up violin restorers, cake pros,” and “craft bitters folk,” judging from a recent Washington Post story.  For example, “violin makers in Maryland depend on 190-proof grain alcohol to create varnishes used in making and restoring their instruments. . .The craftsman dissolves the resin in Everclear because, with its high alcohol content, it dries resins quickly, so the already tedious process can be accomplished in a reasonable amount of time.” “There’s really nothing else that works,” said Silver Spring violin maker Howard Needham.

At Free State Notes, Olson discussed the spurious campus “‘sexual assault’ rationale” that “is behind the new grain alcohol ban,” and how “tax dollars have enabled” the “crusades” against it that led to the ban. As Michelle Minton noted in the Baltimore Sun in July, “Maryland banned high-proof liquors like Everclear and other inexpensive tipples” after activists funded by taxpayers (and effectively rewarded for their alarmism) “claimed such ‘high octane’ liquors increased the likelihood of binge-drinking and sexual assaults on college campuses.”

Meanwhile, Columbia University has canceled a popular concert over sexual assault fears. “A popular, twice-a-year concert at Columbia University has been put out to pasture after administrators [worried] that the event was causing sexual assaults at the school. . .The abrupt cancellation will cost the school over $55,000 in payouts . . . to artists scheduled to attend. . . .There had been specific complaints about Bacchanal in the past, with a student penning an op-ed for the school newspaper last spring complaining about alleged sexual harassment that she experienced” at the concert.

The Obama administration has taken advantage of this climate of fear and panic to order colleges to drop longstanding procedural norms in campus disciplinary hearings (such as the clear-and-convincing evidence standard, which most Ivy League colleges used for disciplinary hearings of all types until 2011, when the Obama administration ordered them to use a lower standard for sexual harassment and assault cases. The administration also recently discouraged them from allowing cross-examination by accused students, even though the Supreme Court has described cross-examination as the “greatest legal engine ever invented for the discovery of truth.”).

Recently, politicians like Senator Claire McCaskill (D-MO) proposed a “Campus Accountability and Safety Act” that would menace due process by giving the Education Department’s Office for Rights a financial incentive to find colleges guilty of mishandling or misreporting sexual assaults (I discussed that bill here). As The College Fix notes, The Association of Public and Land-Grant Universities has also raised concerns about the provision:

“The association notes that the Department of Education would have a perverse incentive to punish universities: ‘The U.S. Department of Education would be responsible for pursuing cases against universities and the revenue from penalties would all go to the Department, which creates undue incentive and may invite a bounty mindset. Two separate provisions in the bill each call for non-compliance penalties of up to 1 percent of an institution’s operating budget. This means an institution could face penalties of up to 2 percent of its operating budget. There are additional financial penalties elsewhere as well.’”

Rape is now, and always has been, a serious problem, but it is not a mushrooming “epidemic” that justifies violations of fundamental due process norms.