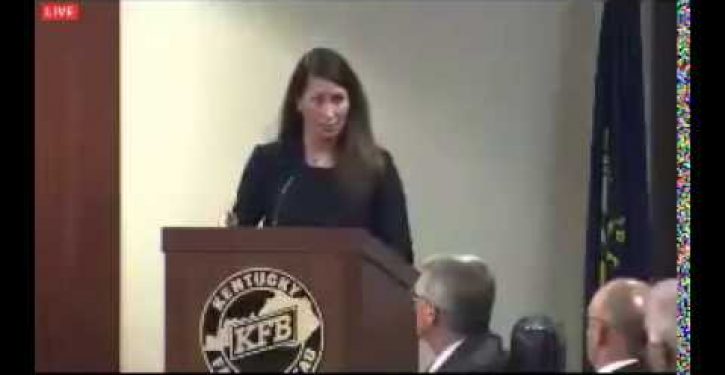 At the Kentucky Farm Bureau candidate forum held Wednesday in Louisville, Democratic senate hopeful Alison Lundergan Grimes attempted to answer a question on immigration reform that left everyone scratching their head. It also reminded some of an answer given by a beauty queen not long ago.

In an attempt to distinguish herself from her opponent, she claimed Senate Minority Leader Mitch McConnell favored a “piecemeal by piecemeal comprehensive immigration reform.”

Yeah, I’m not sure what that means either.

The Washington Free Beacon reported that Grimes has had difficult encounters with the English language in the past. They include confusing bumper stickers with lawn signs, and believing that Israel’s “Iron Dome” protects its citizens from tunnels.

Here’s a complete transcript of her remarks on the subject, via Team Mitch Rapid Response. Fair warning, though–it doesn’t get any better:

These and many more—things are what we can accomplish if we had a senator that didn’t just want to do piecemeal by piecemeal comprehensive immigration reform. 30 years, thats’s how long Mitch McConnell has been there, and he wants 6 more just to do it—year by year what—many are already doing right now in the United States Senate.

Rick Wells at GOP The Daily Dose noted Grimes’ struggle and thought immediately of Miss Teen South Carolina’s attempt to explain why so many students can’t pick out the United States on a map.

This occurred during the Miss Teen USA pageant in 2007. Here’s a very painful video reminder of that event: 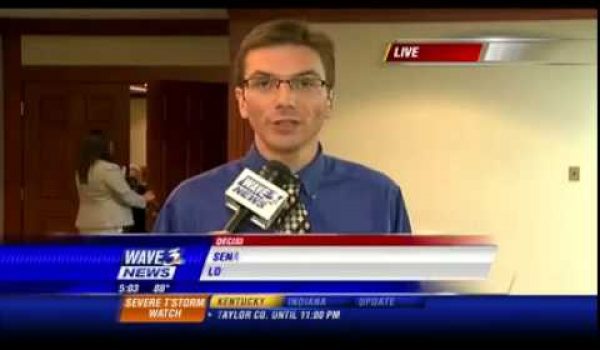