Renee Nal has already reported on the expulsion of the media from the scene of last night’s rioting in Ferguson, MO.

Now Gateway Pundits points out that the FAA has issued temporary flight restrictions (TFR) for the air space over Ferguson.

The TFR notification is here.

There is plenty of speculation around the web as to why the air space restrictions have been imposed.  But it’s obvious, in light of the media expulsion from the rioting scene last night, that at least one of the purposes is to prevent news (or other) helicopters from flying over Ferguson.

Reader comments suggest that the air space is being cleared for the use of drones, and that may be the case as well.  But air space restrictions for drone usage typically specify that that’s what they are.  The TFR for Ferguson, which runs until 18 August, is a general restriction up to 3,000 feet.  Its purpose is stated only in the most general terms:

TO PROVIDE A SAFE ENVIRONMENT FOR LAW ENFORCEMENT ACTIVITIES

Here’s what it pays to notice about this event.  The last major thing that happened in the case, before the police order to media on Monday night and the issuing of the FAA TFR, was that the FBI formally took over the investigation.

A big question for me has been where the state of Missouri is in all this.  Governor Jay Nixon on Monday morning was the first to announce that he had asked the FBI to investigate the shooting death of 18-year-old Michael Brown, which undoubtedly appears to have been under questionable circumstances.  That’s well and good, but where is the state in the problem of controlling the riots and restoring public order?

It has been the state’s job to intervene in such situations since the earliest days of the republic.  It is not the typical practice to call the federal government in immediately as a response force – even to call in the FBI.  It certainly isn’t the typical practice for other federal agencies, such as the FAA, to begin making provisions in response to federal law enforcement.  It’s the state of Missouri that should take over managing the public order problem in Ferguson – not the feds.

Yes, Jay Nixon is a Democrat.  I don’t know much about him, and I want to get this posted now, so I won’t take time to research his record.  On the face of it, it looks like his party affiliation may make him more likely to simply knuckle under to whatever the Obama administration wants to do.  He may not be much inclined to insist on state prerogatives anyway.

But I am very concerned about the precedent being set here.  Before I saw the update from Jim Hoft (Gateway Pundit), I was assembling other instances in the last two years involving police shootings of teenagers, and had a list of 13 of them started: white, black, Hispanic, all under questionable circumstances, in different parts of the country, with almost none of the teens armed, and only a couple wielding knives (but who hadn’t hurt anyone at the time they were shot).  In none of those instances was there a massive uprising.  In none of them did the feds come marching in.  Something different is going on this time.

Other writers have been expressing concerns, which I believe are justified, about the “militarization” of our local police forces.  But I am at least as disquieted by the seemingly unopposed seizure of this situation by the federal government, apparently without any proactive public-order measures taken by the state, and without any resistance to that usurpation.

Local news reporting seems to indicate that the Missouri State Police have been deployed to Ferguson.  But it’s Jay Nixon we should be seeing on TV, and if the state police need additional help, Nixon should be calling out the National Guard, and Nixon should be deciding if there’s a need for TFRs over Ferguson.

The last time public order problems reverted so automatically to federal intervention was during Reconstruction in the South after the Civil War.  “Civil rights” has become something of a standing pretext for accelerated federal intervention since the 1950s.  But until this week, we haven’t seen state prerogatives disregarded so completely and comprehensively.  We are on a very dangerous path. 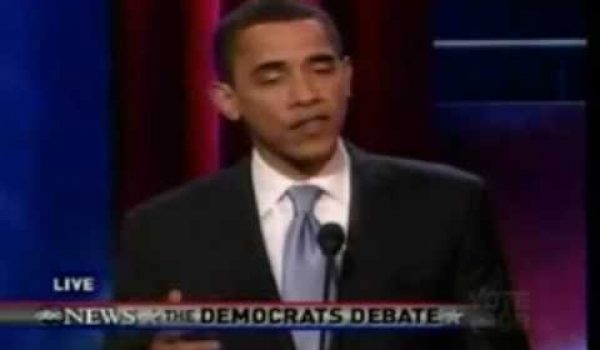