While reports out of Iraq describe some of the most brutal and heinous forms of genocide imaginable, it is important to remember that President Obama took full credit for troop withdrawal … before he didn’t. In 2011, he boasted, “We’re leaving behind a sovereign, stable and self-reliant Iraq.”

A stable Iraq. A sovereign Iraq. A self-reliant Iraq.

Tell that to the children currently dying in the mountains.

Disturbing images from #Iraq showing Yazidi children close to death as they flee into the mountains to escape #Isis pic.twitter.com/gmuP2P8t9C

Tell that to the youths being crucified by ISIS.

Tell that to this woman who collapsed in Parliament after pleading for humanity to help those people “being butchered under the banner of there is no God but Allah.”

Sell a stable Iraq to Mark Arabo, spokesman for Ending Genocide In Iraq, as he tells CNN that “children are being beheaded” and “mothers are being raped and killed” and “fathers are being hung.”

Sell it to Abu Ali, who tells the story of a relative who stood and watched as the 15 members of his family were beheaded.

Let the thousands fleeing the largest Christian city in Iraq, know how stable it is.

Better yet, Mr. Obama, let your predecessor know how you’ve stabilized Iraq. President George W. Bush, who has lived rent free in your head for the better part of your 5 years in office, warned you:

To begin withdrawing before our commanders tell us we are ready … would mean surrendering the future of Iraq to al Qaeda. It would mean that we’d be risking mass killings on a horrific scale. It would mean we’d allow the terrorists to establish a safe haven in Iraq to replace the one they lost in Afghanistan. It would mean increasing the probability that American troops would have to return at some later date to confront an enemy that is even more dangerous.

How much did Sen. Mary Landrieu’s ‘staff retreats’ cost taxpayers?
Next Post
Remember Obama’s ‘moat’ around the southern border? James O’Keefe reveals we’ve got one (Video) 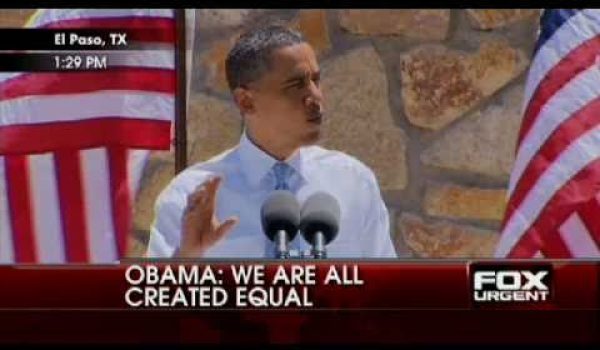