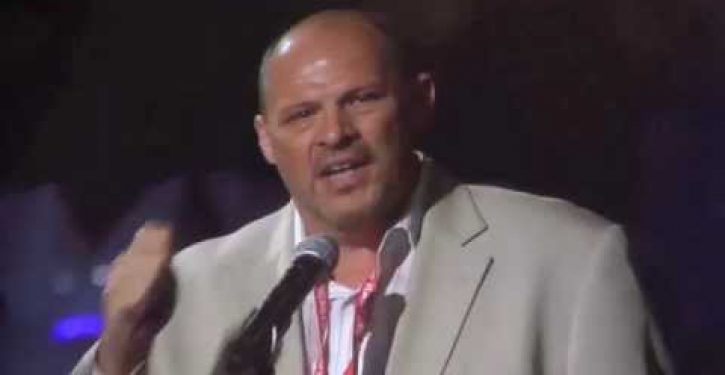 That good old-fashioned liberal civility that we heard so much about after the shootings in Tuscon in 2011 was on display again in Los Angeles recently. Michael Mulgrew, President of the United Federation of Teachers, speaking at the American Federation of Teachers convention, passionately defended the Common Core standards that have come under fire from teachers, parents, students, and even pols from both sides of the aisle.

How passionate was he? So much so that he threatened opponents with physical violence. After mocking those who disapprove of the standards, Mulgrew’s speech took a darker turn. Go ahead and try to take the Common Core away from me, he dared:

If someone takes something from me I’m going to grab it right back out of their cold, twisted sick hands and say it is mine, and I am going to punch you in the face and push you in the dirt because this is the teachers’! These are our tools and you sick people need to deal with us and the children we teach.

Heaven forbid that as a parent I don’t want you to use your tools on my kids.

There was equal passion on the side who opposed Common Core, but they were somehow able to refrain from issuing physical threats.

The Daily News reports that “Mulgrew has been an outspoken critic of the implementation of the national education standards in the city, but is also a supporter of the standards themselves.”

Meanwhile, the Carnegie Foundation determined in 2013 that Common Core standards will double the dropout rate in American schools from 15 to 30%.