The RNC released the following statement this afternoon:

With federal prosecutors getting involved over allegations the Cuomo Administration improperly interfered with corruption investigations into its political allies, it’s time for the Governor to come clean. New Yorkers deserve to know whether their governor shut down his own anti-corruption unit to protect his friends and voters in the Fourth Congressional District deserve to know what Kathleen Rice, the Democrat nominee and former Moreland Commission co-chair, knew and when she knew it. If Cuomo and Rice have nothing to hide, then they should come forward and prove it.

Kathleen Rice’s opponent, Bruce Blakeman, has demanded that she release emails from her time serving as co-chair on the corruption panel, a demand she has thus far resisted. Rice may not have much of a choice in the end, however, as reports indicate she is now “assisting” U.S. Attorney Preet Bharara in his investigation of the Cuomo administration.

Nassau County District Attorney Kathleen Rice, one of three former co-chairs of Gov. Cuomo’s anti-corruption commission, is “assisting” a federal probe into the governor’s handling of the panel, the Daily News has learned.

Rice has met multiple times with U.S. Attorney Preet Bharara, whose probers are investigating the circumstances surrounding the panel’s abrupt end and, specifically, whether the Cuomo administration interfered with the commission’s work, a source with ties to the commission said.

Bharara said last week that he may look into the possibility that Team Cuomo engaged in witness tampering and obstruction of justice after administration members reached out to members of the panel, asking them to put out statements saying the governor’s office did not interfere with their work.

Top Cuomo aide, Larry Schwartz has also agreed to meet with prosecutors to discuss the administration’s actions before and after the ethics panel disbanded.

The fact that a national Republican organization went on the attack against Cuomo, while Christie and the RGA, who lists its primary mission as helping “elect Republicans to governorships throughout the nation,” continue to cower in fear led Post columnist Fred Dicker to ask the following question via Twitter:

Unfortunately, aside from Cuomo, the one person remaining silent on the Moreland scandal has been Chris Christie. Late last week, Christie refused to answer a reporter’s question on the burgeoning national scandal, telling her, “You’re wasting your time.”

Earlier today we reported on some Republicans finally standing up to Christie’s weak view that he won’t support Astorino because his campaign is a “lost cause.” Some of Christie’s Republican colleagues have been firing back, with Assemblyman Steve McLaughlin saying, “Christie is stabbing Astorino in the back,” and former Republican Governor of New York, George Pataki, calling Christie’s lack of action “incomprehensible and disappointing.” 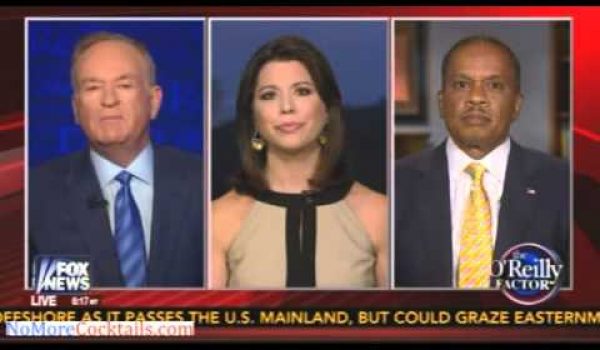