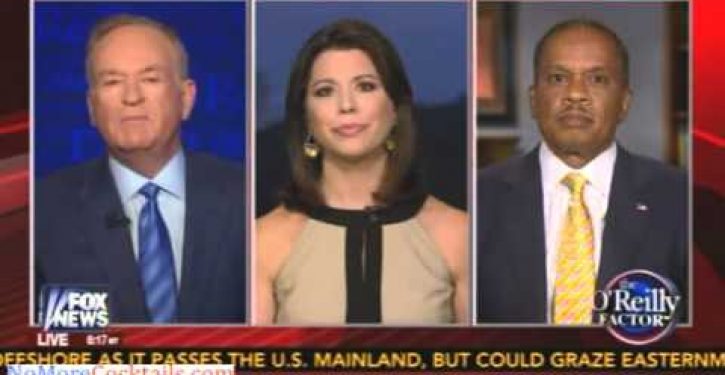 While defending President Obama’s actions — or rather inactions in this case — Fox News contributor Juan Williams said on The O’Reilly Factor Monday that he didn’t consider Marine Sgt. Andrew Tahmooreesi, who’s been incarcerated in a Mexican jail for more than four months over a mistake, to be “a serious issue.”

Williams was in a heated debate with Fox News host Bill O’Reilly and contributor Mary Katharine Ham over the president’s lack of engagement, as well as the proper use of force. O’Reilly opined that the president’s refusal to use force led directly to ISIS controlling a large segment of Iraq.

O’Reilly eventually brought up the president’s lack of engagement in the Tahmooreesi matter. Since the Marine’s incarceration, Obama has spoken to Mexican President Enrique Peña Nieto at least twice. Tahmooressi’s name was never mentioned at either opportunity.

“Any president would have had him out,” O’Reilly said.

“You’re going off into the weeds here,” he told the host. “ Come on, that guy’s not a serious issue.”

The protection of American citizens — especially those traveling abroad — is arguably a president’s most sacred duty.

Pelosi ‘needs to check herself in, if you know what I mean’ (Video)
Next Post
RNC blasts Cuomo while Christie continues looking for his spine