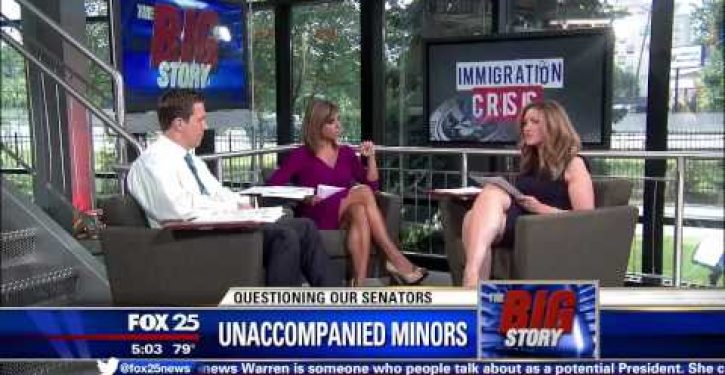 Elizabeth Warren appeared comfortable at a joint press conference held in Revere, Mass. with fellow U.S. Senator Ed Markey. Comfortable, that is, until a reporter asked her about the possibility of illegal immigrants being housed in her state. She scurried away.

After Warren answered a question on an unrelated matter posed by Boston Fox25’s political reporter Sharman Sacchett, the reporter asked about immigration, an issue that has become volatile in Massachusetts in recent weeks.

“I’m just trying to talk to the people,” Warren told Sacchett as she turned to another group of people, according to MyFoxBoston.

A Warren staffer told the reporter that the senator was talking with the mayor’s nieces, and Sacchett agreed to wait. Seconds later, though, the senator bolted through a side door, taking both the reporter and her cameraman by surprise.

Although they both raced after Warren and and her staff while shouting for attention, the senator never acknowledged them.

Watch the news segment below. Story continues after video clip.

Illegal immigration has become has become a hot-button issue in Massachusetts since Gov. Deval Patrick announced on July 16 that his state would be willing to house unaccompanied minors. Since then, Boston has witnessed as many as 10,000 protestors at a time gather in massive anti-immigration demonstrations, according to TheBlaze.

Another former U.S. senator representing Massachusetts, one who later rose to the presidency, wrote a 1957 book titled Profiles in Courage. John F. Kennedy’s Pulitzer Prize-winning work described the actions of 8 U.S. senators in history who performed acts of bravery in defiance of popular opinion.

From her actions Friday, Warren would never have been profiled by Kennedy for her courage.

Ironically, members of the Kennedy clan have thrown their support behind uncourageous Warren for a presidential run, according to the New York Post. 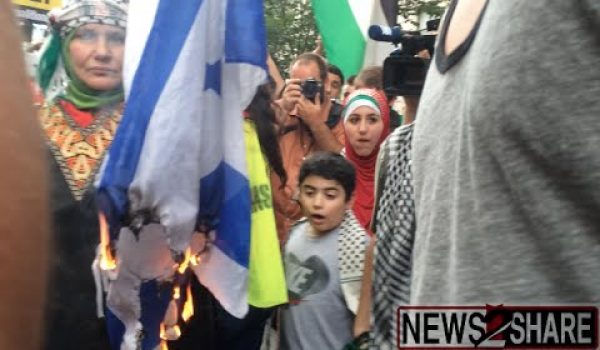 Tweet of the Day: Anti-Israel protesters burn Israel flag … in front of WH (Video)
Next Post
Do Democrats regret stripping anti-Hamas language from their 2012 platform?