It was huge news when the story broke here 23 months ago: Four pro-Israel items were removed from the Democratic Party platform. Eventually one the one about Jerusalem was added back despite the objections of the convention at large.

Comparing the language of the 2008 Democratic Party platform and the 2012 Democratic platform, it was found a key section containing four pro-Israel points was removed. It read:

The United States and its Quartet partners should continue to isolate Hamas until it renounces terrorism, recognizes Israel’s right to exist, and abides by past agreements. Sustained American leadership for peace and security will require patient efforts and the personal commitment of the President of the United States. The creation of a Palestinian state through final status negotiations, together with an international compensation mechanism, should resolve the issue of Palestinian refugees by allowing them to settle there, rather than in Israel. All understand that it is unrealistic to expect the outcome of final status negotiations to be a full and complete return to the armistice lines of 1949. Jerusalem is and will remain the capital of Israel.The parties have agreed that Jerusalem is a matter for final status negotiations. It should remain an undivided city accessible to people of all faiths.

Each of these items is crucial to Israel and each has been a key bone of contention for those who believe this president has not been friendly to the Jewish State. Each of those items was removed at the request of a the president. (Nothing gets on the platform without the approval of the candidate especially when the candidate is a sitting president.)

Eventually the Jerusalem phrase was added back (sort of). The convention leadership, anxious not to embarrass the president, announced a vote that added the provision back despite the fact that the voice vote indicated it had been overwhelmingly defeated.

Mayor Antonio Villaraigosa of Los Angeles, the head of the Democratic National Convention, got up and asked for a two-thirds vote on the amendments to the platform. He took a voice vote, with people stating aloud “aye” and “nay.”

The first time, he couldn’t determine if two-thirds of the voters had said “aye”; a loud “no” vote was heard. He asked for a second vote.

The second time, he couldn’t determine whether the voice vote had passed. Again. Villaraigosa looked around in confusion.

Finally, on the third attempt, Villaraigosa took a voice vote and simply declared, in the “opinion of the chair,” that it had been passed. There were widespread boos in the convention hall to the renewed inclusion of God and language about Jerusalem as the capital of Israel. And Villaraigosa was lying, in any case – there is no way that the voice vote had passed. Opponents stood up and protested, waving and shouting. The fix was in.

One of the provisions not added back involved Hamas:

The United States should continue to isolate Hamas until it renounces terrorism.

The removal of that line was an indication that Obama was to give this group legitimacy. He had already done it with Hamas’s parent group, the Muslim Brotherhood, when it took over Egypt, admonishing the Egyptian people when they threw off the yoke of the Brotherhood’s oppression. Hamas’a and the Muslim Brotherhood’s partners in the U.S. continue to be accepted by, and promoted by, liberal members of Congress and the Obama Administration.

When Hamas joined the Palestinian Authority government, the Obama administration rushed to broadcast it’s approval of the government despite the fact the terrorist group continued its call to continue terrorism until its goal to destroy Israel was reached.

Many outside of Israel believe that John Kerry’s 7-day cease fire plan of two weeks ago was an example of the administration abandoning the isolation of Hamas. For example David Ignatius, liberal commentator in the Washington Post wrote:

Any deal that reinforces Hamas’s stranglehold — rather than building a path toward change of government, elections and eventual disarmament — is misconceived. In the name of stopping bloodshed this week, it all but guarantees it in the future.

Getting back to the question asked in the title of this post, the answer is no.  President Obama wanted all four items out of the 2012 platform because it reflects the opinion of the administration and much of the Democratic party.

Highlighting the recent polls, another Bush administration Jewish liaison, Tevi Troy, said in the Hill over the weekend,

“Democratic voters are much less likely to be supportive of Israel and Republicans voters are overwhelmingly supportive. That means that, if you are a Democratic politician and you are speaking to your base, the audience that you’re speaking to has a less than 50-50 shot of being pro-Israel.

The real question is why hasn’t the Republican party taken advantage of this movement. While it is very doubtful a majority of the Jewish vote will go GOP in the next election (or the election after that), there is an opportunity for a significant shift.

When asked how important Israel is to his vote, most of the time a Jew will answer not very. But when there is a significant shift in U.S. policy toward Israel, there is a shift in the Jewish vote as well.

The two biggest recent shifts in the Jewish vote occurred when a president perceived as anti-Israel ran for reelection: Jimmy Carter was 71% to 45% (in the total vote Carter dropped by 9%) and George H.W. Bush who went from 35% to 11% (total vote dropped by 15%).

The 2012 election saw Obama’s percentage of the total vote drop by 4.5% — half that of the drop in the Jewish vote, which shifted by 9%.

As the Democratic party continues its shift away from the support of Israel,  it is time for the Republican part to start broadcasting that shift.  The bottom line is the  Democrats do not regret removing the anti-Hamas language from their platform — leaving an opening to start shifting a vote that may be ripe for the taking. 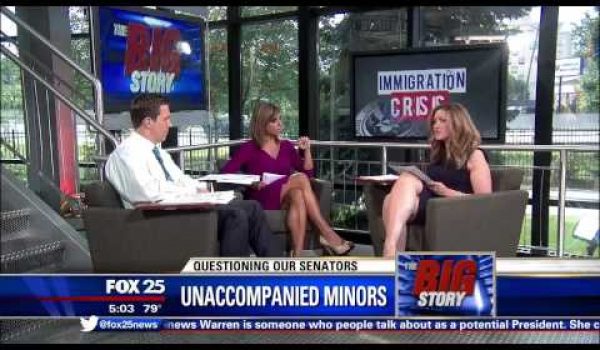