U.S. Civil Rights Commission member Michael Yaki says speech on college campuses should be restricted to protect young people’s developing brains. This is yet another depressing example of “Progressive” hostility to free speech. Yaki is a former senior advisor and district director for House Minority Leader (and former Speaker) Rep. Nancy Pelosi (D-Calif.).  (During the Obama administration, the Education and Justice Departments have also sought to restrict students’ free speech and due process rights on college campuses and in the public schools).

Yaki argues that “how the juvenile or adolescent or young adult brain processes information is vastly different from the way that we adults do” and “young people, not just K through 12 but also between the ages of 16 to 20, 21 is where the brain is still in a stage of development.”

In light of “that, and because of the unique nature of a university campus setting,” he says “there are very good and compelling reasons why broader policies and prohibitions on conduct in activities and in some instances speech are acceptable on a college campus level that might not be acceptable say in an adult work environment or in an adult situation,” such as restricting “hate speech” and certain other types of speech.

In support of his argument, Yaki cites “the Supreme Court’s decision to declare unconstitutional the death penalty for minors,” a controversial 5-to-4 decision that had nothing to do with the First Amendment, but rather the Eighth Amendment’s ban on cruel and unusual punishment.  (Yaki, an attorney, probably intended to cite not that decision, but rather the Supreme Court’s later, even more logically-flawed, 5-to-4 ruling overturning statutes that impose mandatory life without parole for any teenage murderers as a violation of the Eighth Amendment. In that later decision, the Supreme Court did argue that “parts of the brain involved in behavior control continue to mature through late adolescence,” and it noted that “juveniles are more capable of change than are adults.”).

Yaki’s claim that speech should be especially restricted on campus “because of the unique nature of a university campus setting” turns basic free speech principles upside down. Censorship on campus is particularly pernicious because it teaches impressionable young people to have a contempt for free speech, and that the way to respond to a viewpoint you disagree with is to suppress it. Free speech is especially vital on college campuses, where students can learn how to deal with opposing points of view in a civil and constructive manner.

[T]he precedents of this Court leave no room for the view that … First Amendment protections should apply with less force on college campuses than in the community at large. Quite to the contrary, ‘[t]he vigilant protection of constitutional freedoms is nowhere more vital than in the community of American schools.’ The college classroom with its surrounding environs is peculiarly the ‘marketplace of ideas.’

As the Supreme Court noted in Rosenberger v. Rector of the University of Virginia (1995), for a “University, by regulation, to cast disapproval on particular viewpoints of its students risks the suppression of free speech and creative inquiry in one of the vital centers for the nation’s intellectual life, its college and university campuses.”

As the Supreme Court observed in West Virginia State Board of Education v. Barnette (1943), the First Amendment “protects the citizen against the State itself and all of its creatures—Boards of Education not excepted … That they are educating the young for citizenship is reason for scrupulous protection of Constitutional freedoms of the individual, if we are not to strangle the free mind at its source and teach youth to discount important principles of our government as mere platitudes.”

When state universities suppress speech through campus speech codes in an ideologically discriminatory manner, it’s not surprising that students learn the lesson that viewpoint-based censorship is acceptable, and respond by engaging in censorship of their own, such as trashing thousands of copies of conservative student publications or vandalizing or removing conservative student fliers.  (Colleges disingenuously call the prohibited speech “verbal conduct,” and speech codes are formally labeled “harassment codes” codes, see, e.g.,  Dambrot v. Central Michigan University (1995) (court struck down such a racial harassment policy); DeJohn v. Temple University (2008) (voiding sexual harassment policy because of chilling effect on speech; “because of the sexual harassment policy,” the student who successfully challenged the policy in court “felt inhibited in expressing his opinions in class concerning women in combat and women in the military.”)).

Thanks to broad restrictions on speech contained in campus “harassment” codes, perfectly civil, non-vulgar students have been subjected to campus disciplinary proceedings for sexual and racial harassment, in violation of the First Amendment, merely for expressing commonplace opinions about sexual and racial issues, like criticizing feminism or affirmative action, or discussing the racial implications of the death penalty. (See the examples cited in the Amicus brief of Students for Individual Liberty, et al., in Davis v. Monroe County Board of Education, available in the Westlaw database at 1998 WL 847365.)

A wide array of speech about religious, racial, and sexual topics is now being suppressed by bureaucrats and college officials under the notion that it constitutes “harassment” of listeners or contributes to a “hostile environment” for those who overhear it.

When I was a student at Harvard Law School, a “progressive” student publicly threatened to seek a Massachusetts state court injunction against former Chairman of the Joint Chiefs of Staff Colin Powell to keep him from speaking at the university. The student argued that General Powell’s mere presence would create a “hostile learning environment” because of his views about the military’s Don’t Ask, Don’t Tell Policy, in violation of campus “harassment” regulations and Massachusetts state antidiscrimination laws (which ban the creation of a “hostile environment” in schools, workplaces, and public accommodations based on sexual orientation, sex, race, and other factors). 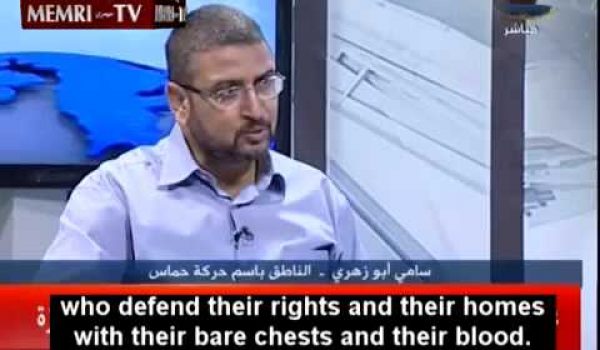