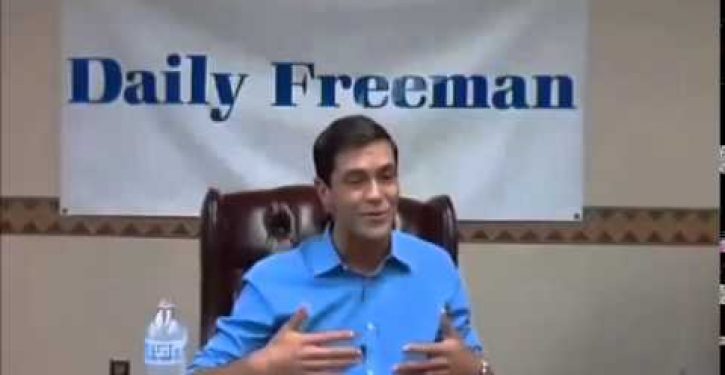 Sean Eldridge is a wealthy Democrat (yes, Harry Reid, there is such an animal) trying to purchase a seat in New York’s 19th congressional district. He is married to Chris Hughes, co-founder of Facebook and publisher of the New Republic, whose net worth in 2012 was estimated to be just shy of $1 billion. Eldridge himself is estimated to be worth anywhere between $4.3 to $9.6 million: He and his husband profited heavily from investments in oil companies. He has had the luxury of predominantly self-funding his campaign against Republican Chris Gibson, spending $2.7 million total thus far, with $1.7 million coming from his venture capital firm, and about another $1 million from his own pocket.

With all that said, Eldridge claims he can totally relate to the financial struggles of New York’s middle class families.

The NRCC recently sent out a press release asking, “How can someone who bought his multi-million homes with cash get the worry that comes with trying to pay a mortgage or rent?”

Eldridge feels the pain of the financially struggling constituents in NY-19. How can the voter tell? Because one summer in high school, he worked a drive-through window at Taco Bell.

That’s right. The millionaire Democrat, much like his “dead broke” colleague and former New York Senator Hillary Clinton, understands what it’s like to have to work hard to make ends meet.

All because he worked alongside this guy…

Perhaps Eldridge has stumbled onto a new slogan to save him from his flailing campaign? 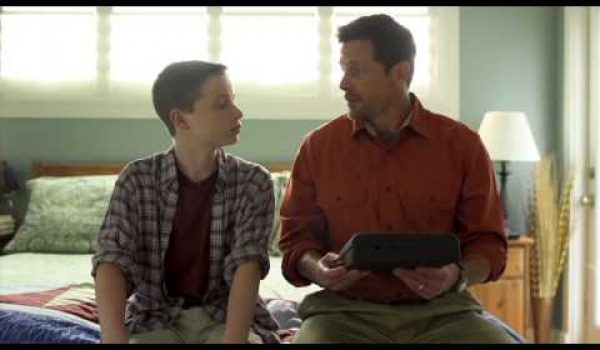