In yet another nod to someone’s skewed idea of the First Amendment and political correctness, a Missouri National Guard armory was forced to decline an invitation to be honored by a local Baptist church youth group.

Under the theme, “God’s Rescue Squad,” the vacation Bible school of the Bible Baptist Church in Carthage, MO., planned to honor those who serve, with a different group scheduled for each day of the week, according to Fox News.

But Thursday was a different matter. According to Fox:

That was the day when the church was supposed to honor the National Guard. They had invited troops from the nearby armory to drop by with one of their Humvees.

“We were going to thank them for protecting our religious liberty,” Pastor Kent Hogan told Fox. “It was more of a promotion for the military – to show the kids what the military does.”

But the troops were a no-show. The church got a message instead.

Carthage is located in southwest Missouri, where most everyone is instilled with a strong sense of patriotism, and that love of America is carried over into Church life. The teens at the youth camp begin every morning pledging their allegiance to the flag and singing the national anthem.

In addition, as Fox News reported:

Patriotic holidays are big doings at Bible Baptist. On Memorial Day, the church ladies put out quite a spread – fried chicken, potato salad. Veterans would wear their uniforms and the preacher would salute them during the morning worship service.

Honoring the military was merely an extension of their love and pride of country.

The pastor then appealed to his state representative, Mike Kelly, a Republican, who in turn contacted the adjunct general of the Missouri National Guard.

“They told me that federal policy prohibits them from doing anything with any specific church,” Kelley said. “The guys on the state level did everything they could. I have great respect for our local Missouri National Guard. But we are dealing with an over-burdensome federal regulation.”

A few Guardsmen agreed to talk to Fox News under the promise of anonymity.

“I can tell you I’m ashamed and embarrassed right now,” one Guardsman told Fox. ‘This isn’t the military I signed up for.”

Others said they were disappointed.

“We had a lot of disappointed kiddos because of the National Guard being unwilling to allow a Humvee and a few soldiers to spend an hour at a Baptist Church,” another Guardsman told Fox. “It makes we wonder what I’m actually fighting for.”

But all in all, former Alaska Gov. Sarah Palin probably said it best. She tweeted:

Our military is in place to protect all our rights — including our religious freedom. It’s only right and proper that any religious organization — no matter what its denomination — be given the opportunity to express its thanks for a job well done. It makes both sides feel proud. 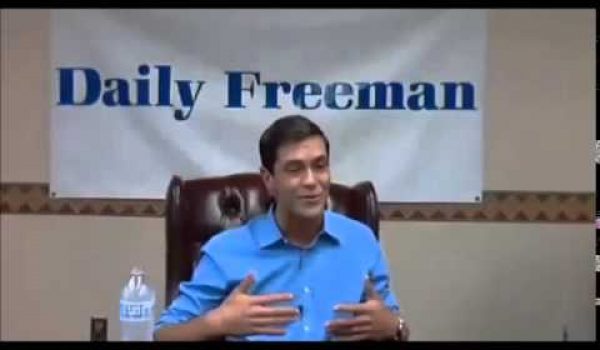