For Americans, the Israeli Defense Force’s air, sea, and ground attack into the Gaza Strip very well could be nothing more than the latest chapter in the almost three quarters of a century old battle between Israel and her Arab Muslim neighbors. The in-fighting in the Muslim world over the Israel-Hamas fight, reported by Al-Arabiya, has gone largely unreported in the United States.

With its official designation in 1997 by the U.S. State Department as a Foreign Terrorist Organization, Hamas (“Enthusiasm”; technically HAMAS, an acronym of Ḥarakat al-Muqāwamah al-ʾIslāmiyyah, “Islamic Resistance Movement”) is the ruling political party in the embattled Gaza Strip.  Its express desire is to kill every Jew on the planet.  Hamas has long been accused by Israel of hiding its missile launch sites behind hospitals and day care centers; the terrorist group has hurled hundreds of missiles at the Jewish State, often purposefully taking aim at non-military civilian targets.

On July 8, the government in Jerusalem, recognizing that continued negotiations was useless, launched Operation Protective Edge. Within a week, the Egyptian government sought to be an active player as regional peace maker. Cairo proposed a permanent cease fire between belligerents, which was quickly approved by Israeli cabinet. Just as quickly, Hamas rejected it.

The Egyptian government and people blame Hamas, which is seen as allied with the recently ousted Muslim Brotherhood (MB), for the ongoing terrorist attacks in the Sinai Peninsula. It’s also because of the Muslim Brotherhood connection that Egypt blames both Turkey and the oil-soaked Persian Gulf country of Qatar for doing everything in their power to derail the now-rejected peace proposal. Both Qatar and Turkey supported Egypt’s ousted President Mohamed Morsi and his Muslim Brotherhood-dominated government during their July 2013 removal.

Egyptian Foreign Minister Sameh Shukri openly accused the MB-allied countries of “conspiring to undermine” any cease fire they broker. During the 2013 anniversary celebration of the 1973 War against Israel, General al-Sisi invited defense ministers from the United Arab Emirates, Iraq, Bahrain, Morocco and Jordan to celebrate with his nation. During the course of his scheduled speech, al-Sisi made it clear that the Egyptian people “will never forget who stood with them or against them.”

Turkish Prime Minister Recep Tayyip Erdogan is best known to many Americans as the other head of state present when Barack Obama ordered two U.S. Marines to hold umbrellas over them while a light drizzle fell during an open air news conference at the White House.

Qatar has made headlines in America when they recently completed a $13 billion arms deal with the Obama Administration, the largest thus far in 2014. The British-educated Emir of Qatar is believed to be closer to the Muslim Brotherhood than many in the nation’s current leadership. 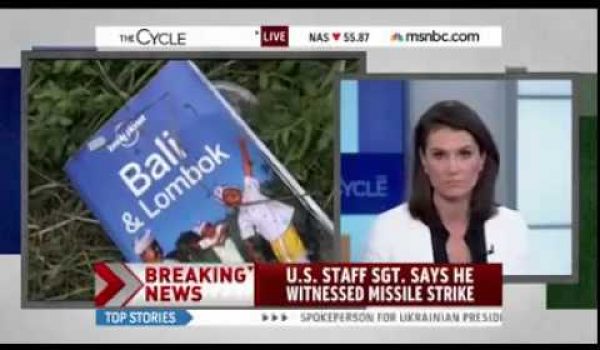