The fact-checker column at The Washington Post, hardly a conservative outlet, awarded President Barack Obama three Pinocchios Tuesday for a claim he made during his last weekly address about Republican lawmakers.

“So far this year, Republicans in Congress have blocked every serious idea to strengthen the middle class,” Obama asserted on Saturday, according to The Post.

That statement has been in Obama’s playbook for years — that things would be much better if the Republicans would just get with the program. He’s ramped that theme up further in the last couple of months and used it as an excuse to rule by decree.

Here are a few examples, both reported by The Post:

“You know, sometimes I’m forcibly, you know, politic about how I say things, but I’m finding lately that I just want to say what’s on my mind,” he said during a June 27 speech in Minneapolis. “So, let me just be clear I want you to think about this, so far this year the Republicans in Congress have blocked or voted down every single serious idea to strengthen the middle class.”

“So far this year, Republicans in Congress have blocked or voted down every serious idea to strengthen the middle class,” the president said July 1 in Washington, D.C. on the Georgetown waterfront.

But the kicker is, on July 11, when Obama was recording his July 12 weekly address, House Speaker John Boehner, R-Ohio, released a photo of him and other House members, including House Minority Leader Nancy Pelosi, D-Calif., approving a bipartisan job training bill called the Workforce Innovation and Opportunity Act.

Here’s another kicker: Obama was fully aware of the bill — designed to help the middle class — and claimed just two days before recording his weekly address that he looked forward to signing it.

“This bipartisan compromise will help workers, including workers with disabilities, access employment, education, job-driven training, and support services that give them the chance to advance their careers and secure the good jobs of the future,” he said in a July 9 statement according to The Post. “Today’s vote helps ensure that our workers can earn the skills employers are looking for right now and that American businesses have the talent pool it takes to compete and win in our global economy.”

It seems that the president has, at best, a mere passing acquaintance with the truth. Everyone is aware that PolitiFact awarded Obama “Lie of the Year” for his statement about keeping your doctor and plan if you like them.

In addition, in its 2013 year-end roundup, The Washington Post announced that “President Obama ended up with three of the most misleading claims of the year.” They included his statement that he referred to Benghazi as “an act of terror” on the day after the attack, and that Capitol Hill janitors had to receive a pay cut.

Apparently the White House takes note of The Washington Post. It reported that the president lowered the tone of his message on the day it awarded him three Pinocchios:

“Republicans in Congress keep blocking or voting down some of the ideas that would have the biggest impact on middle-class and working families.”

My only question is, why only three Pinocchios? 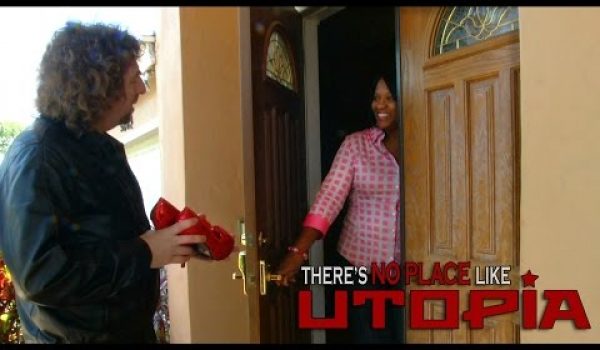