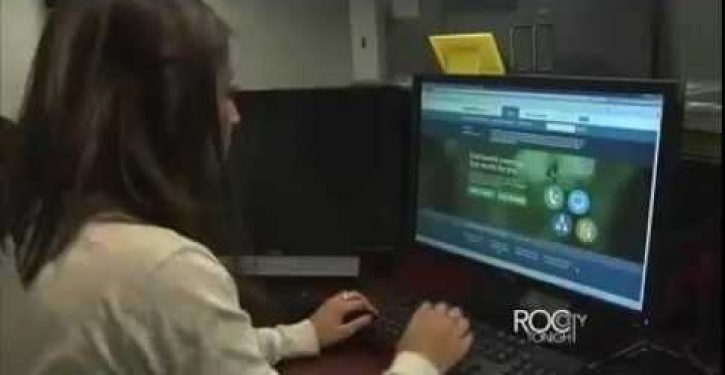 In a series called New York Exposed, WHEC-NY in Rochester demonstrates the possibilities of skyrocketing health insurance rate hikes being under Obamacare. One family profiled in the report experienced a 22% Obamacare rate hike from their insurance company.

The reporter initiated the report by saying, “Most of our viewers could understand some increases year-to-year, but 22%?”

But that’s exactly what happened to Michelle Vergilia, an MVP Health Care customer who according to the investigation, is experiencing the 22% Obamacare rate hike on a monthly basis, less than a year after she purchased her new plan.

Earlier this month, I reported on insurance companies asking for significant rate hikes – some as high as 28%.

These Obamacare rate hikes are affecting people who purchased insurance on the New York state exchange set up under the Affordable Care Act.

The reporter at WHEC explains:

The problem is that the bulk of the 1 million New Yorkers who signed up through the exchange are older, and many of them have pre-existing conditions. So insurance companies are telling us those people are now using the system and it is costing more money.

Who knew that higher risk pools would cause higher costs for everybody else?

Vergilia says, “I was led to believe the price would be one thing for a service that was one thing, and not even six months down the road it’s changed.”