Liberty-lovers everywhere are rightly aghast at the Obama administration’s rush to investigate the people who put together a silly parade float in Norfolk, Nebraska, depicting the Obama presidential library as an outhouse.

But did you notice that I didn’t put scare quotes around the word investigate?  The reason is very important.  It’s a point that isn’t being emphasized in the conservative media, which have focused instead on the obviously chilling, totalitarian implications of the investigation.

I didn’t try to frame the investigation ironically, because technically, it isn’t a travesty, or a high-handed obfuscation of the intent of law.  The Justice Department has invoked the laws we have on the books, and is using a 40-year-old bureaucratic agency to investigate a handful of citizens in Nebraska, because the Nebraska Democratic Party complained that the outhouse float was “racist.”  The narrative being advanced is that the float-builder, and perhaps the organizers of the parade (the Odd Fellows), have perpetrated a hate crime.

Get that through your heads.  The Obama administration is not overreaching here – not according to the laws we have allowed to be made in our land.  The reason we have laws “against racism and hate crimes,” and bureaucrats to adjust those problems, is so that if some citizens accuse other citizens of committing a “hate crime” by presenting a “racist” image in a parade float, the federal government can investigate, and, in essence, harass and intimidate the citizens who are deemed to have committed (or been complicit in) the “racist” act.

In the old-fashioned, pre-Obama days, the Nebraska Democrats, along with the NAACP (which has also jumped into this fray), would have had to sue the parade organizers in court.  It might have been a better idea to sue the city in court, for allowing the parade, with its offensive float, to happen.  In either case, the suit would have had to go before a judge and meet some burden of proof.

But our law now reads differently, because Congresses of both parties passed Hate Crimes Prevention acts in 1998 and 2009.  The 2009 law, in particular, which expanded the scope of the 1998 law, transformed the mission of a small, previously unassuming agency of the Justice Department: the Community Relations Service (CRS) – which was originally established by the Civil Rights Act of 1964.

The CRS is the agency Eric Holder has deployed to investigate the outhouse-float “hate crime” in Norfolk, Nebraska.  It’s also the agency that coordinated the support for local demonstrations in Florida against the police and other authorities involved in the George Zimmerman-Trayvon Martin case.  Alert readers will remember that the CRS actually coordinated transportation and a police escort for some of the demonstrators.  (See more here on the CRS’s work since 2009.)

A key specialty of the CRS is mediation (see discussion toward the end at the last link).  The concept is getting community “stakeholders” together – which typically means activists and politicians – and pressuring certain people to accept mediated agreements as an alternative to lawsuits, prosecution, or other threats.  This has a delightfully cooperative ring to the ears of a particular kind of political observer.

But its most important feature is actually that it bypasses the accountable processes of government.  Those lawsuits and prosecutions can sound scary and expensive – but they also risk being thrown out of court by sensible judges.  Setting precedents through mediation, rather than having to present objectively justiciable claims, mirrors the “sue-and-settle” method favored by eco-activists and agencies like the EPA.  It’s always preferable to scare a little guy with no resources into compliance, rather than get a judge involved and not be sure of the outcome.

Keep this in mind about Outhouse-float-gate: the pieces of the apparatus it will use to intimidate citizens have been put in place by “due process of law.”  Many Americans would say that our lawmakers certainly never intended for the CRS to be used this way when they created it back in 1964.  But that forces the question, what did they intend for it to be used for?

The most important feature of the CRS by far is that it is unaccountable outside the executive branch.  There’s no measure of performance it owes to either Congress or the courts.  And that has been the case since 1964.  It was perfectly foreseeable in 1964 that it was bad law to create the Community Relations Service, even though the average person couldn’t imagine exactly how such a little government agency would be used as a shakedown squad.  It was foreseeable because an agency like the CRS isn’t held accountable to any standard through checks and balances.  It is wholly owned by the executive branch.

This is a beautiful illustration of why Barack Obama is not the sum total of America’s problem.  Using the executive branch to “mediate” between the citizens is, precisely, a method of Soviet socialism.  In key ways, it’s exactly the political work the “soviet” workers’ councils did in the old Soviet Union.  It is unaccountable in terms of checks and balances. It railroads the individual citizen, pitting the executive branch against his rights and leaving it entirely up to the executive to decide when that is necessary.  But America bought into this Soviet socialist model in principle in 1964 (and, indeed, in other executive departments, somewhat earlier).

We ought to see this – Outhouse-float-gate – as a teachable moment.  Assigning unaccountable functions to government is never safe.  Having a “community relations service” sounds perfectly charming – and nobody is in favor of racism or hate crimes.  But when we stop holding ourselves to the standard of checks and balances, we shouldn’t be surprised that the executive branch pursues manifestly absurd charges of racism and hate crimes – because it can do so unilaterally – or that the perfectly charming little “community relations service” is the one it deploys as a goon squad to “mediate” away our First Amendment rights.

Remember, we already sold our principles down the river on both counts. 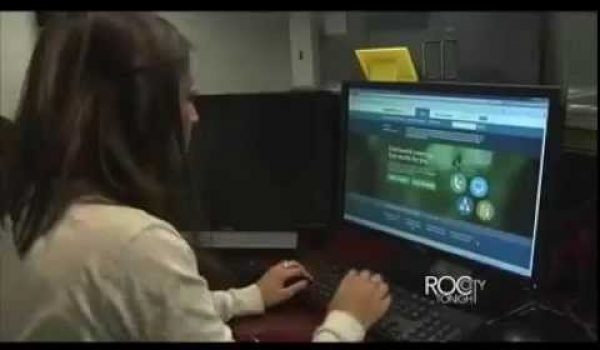