As noted earlier, the Justice Department reacted to an anti-Obama float in a Nebraska parade by treating it as a “discrimination dispute” warranting federal intervention. One more example of your tax dollars being wasted:

“The U.S. Department of Justice is investigating a float that appeared at the annual Fourth of July parade in the small town of Norfolk, Neb. because the float featured a blue flatbed truck carrying a zombie-looking mannequin in overalls on the door of an outhouse labeled ‘OBAMA PRESIDENTIAL LIBRARY.’

“The Justice Department sent a member of its Community Relations Service team to Norfolk (pronounced ‘Norfork’ by many locals), reports the Omaha World-Herald.

To a lawyer like me, the Justice Department’s notion of “discrimination” seems strange. The float’s creator denies any racial animus, and says it is meant as a criticism of the Obama administration over the Veteran’s Administration scandal:

The man behind the controversial float, Dale Remmich, has explained that the overalls-clad mannequin in front of the outhouse represented himself — not President Barack Obama. The point he was trying to make concerned his frustration with Obama’s mismanagement of the Veterans Affairs Department.

But even if the float’s creator did have a racial motive, it legally wouldn’t matter, because speech in a parade can’t be legally classified as “discrimination,” as the Supreme Court made clear in its Hurley decision. In that ruling, the Court cited the First Amendment to overturn Massachusetts’ attempt to use its anti-discrimination statute to force the Saint Patrick’s Day Parade to include a gay rights contingent that the organizers believed would have affected the parade’s message. Speech does not lose its protection even if it is racist, as the Supreme Court made clear in its R.A.V., Forsyth County, and Brandenburg decisions.

And criticism of presidents is nothing new:  critics of George W. Bush openly yearned for his death and called him a dictator. As the National Review noted in “Free Countries Mock Their Presidents,”

During his two terms, George W. Bush was the object of considerable opprobrium, his likeness being frequently hanged, knived in the forehead, and even assassinated on prime-time television. .  . progressive heroes Ben Cohen and Jerry Greenfield went so far as to take a twelve-foot effigy of Bush on a national tour, setting fire to it at each stop to the audience’s hearty cheers . . .A popular cartoon from 2006 depicted a latrine standing in the middle of the desert, on its outer wall the words “Bush Presidential Library.”

Speech in public settings is not legally considered “discrimination” just because it offends or even disproportionately impacts a particular race or minority group.  For example, the Ninth Circuit Court of Appeals ruled in White v. Lee that citizens’ speech couldn’t be treated as “discrimination” for purposes of a Fair Housing Act investigation even if the speech did convince a municipality to block a housing project for the disabled. It decided that a prolonged investigation of the citizens violated the First Amendment even if it did not lead to criminal punishment or financial penalties.  One of the federal officials it ruled against was Robert Zurowski, who violated free speech when, in the name of “conciliation,” he offered citizens opposed to the housing project a “voluntary” settlement proposal that would have curbed their criticism of the project in exchange for an end to the federal inquiry.  Zurowski was guilty of violating the First Amendment because he “advised David Bryden, the attorney then representing the plaintiffs, to accept the unconstitutional conciliation proposal.” [See White v. Lee, 227 F.3d 1214 (9th Cir. 2000)].

The Community Relations Service employed by the Holder Justice Department also uses so-called “conciliation” or “mediation” activities to pressure citizens into out-of-court “settlements” that bypass judicial scrutiny, and circumvent due process and other constitutional checks and balances, as Liberty Unyielding’s J.E. Dyer noted earlier. People can end up being subjected to CRS-orchestrated protests or heightened Justice Department scrutiny if they reject suggestions, ideas, or proposals favored by CRS or the Justice Department.

At the heart of the First Amendment is the right to criticize public figures like presidents. For example, in Bauer v. Sampson, a federal appeals court ruled that a campus newspaper’s depiction of a college president’s imaginary death was protected by the First Amendment, even though the professor who voiced this yearning had more limited free speech rights against his college than citizens in society at large have against the Justice Department.

There is no sign that the Justice Department is trying to criminally prosecute the float’s creator. But it is still setting a bad precedent for the First Amendment in the long run, by pathologizing political dissent, and wasting tax dollars in the process. [First Amendment protections come into play long before a person goes to jail, as an appeals court indicated in letting a teacher sue over a reprimand letter from a supervisor that chilled his speech, see Columbus Education Association v. Columbus City School District (1980)]. 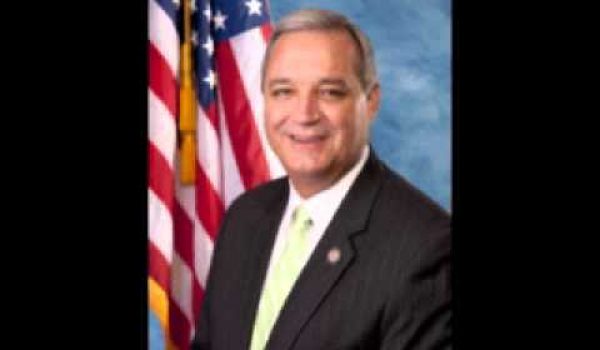