“We are a nation of immigrants,” Barack Obama has said so many times that if you had a nickel for each, you’d be a member of the evil 1%. Indeed, between 1892 and 1954, some 12 million immigrants were processed at Ellis Island. It is tempting for liberals to equate those huddled masses yearning to breathe free with the current crop amassing on our southern border.

Yet, there are differences. For one thing, the immigrants who arrived at Ellis Island and similar entry points came legally. For another, those who came here sick were quarantined, and the sickest were sent back where they came from.

Not so now. Since the mass influx began, U.S. border agents have contracted any number of infectious diseases ranging from head lice to swine flu. One illegal immigrant from Guatemala suffering from active tuberculosis was allowed entry onto U.S. soil. Breitbart reports that the patient, whose named is not being disclosed, is undergoing treatment at the University Medical Center (UMC) of El Paso.

Dr. Elizabeth Lee Vliet — a preventive medicine physician and former Director of the Association of American Physicians and Surgeons (AAPS) — has practices in Arizona and Texas. Vliet claimed that one of her patients … called her with fears that the TB-positive immigrant was putting other lives at risk.

Vliet said her patient informed her that ICE and DHS would not take the illegal immigrant — who was previously deported but is now back in the U.S. — into custody.

Vliet notes that the risk of diseases brought into the U.S. by the migrants is being dramatically downplayed by the Obama administration and mainstream media, telling Breitbart:

Many people are trying to diminish the seriousness of this. They say, ‘We have these diseases in the U.S.’ Well yes, we do, but they’ve been well controlled, we have good hygiene, and most of our parents keep children home when they’re sick…. It’s a very real risk. It could get out of hand very quickly; but since these are common disease that people have heard of, the risk isn’t necessarily taken seriously. 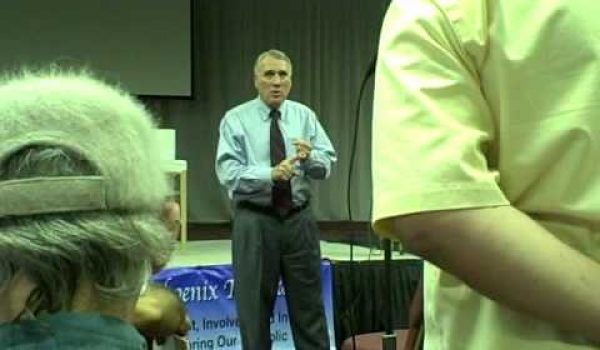