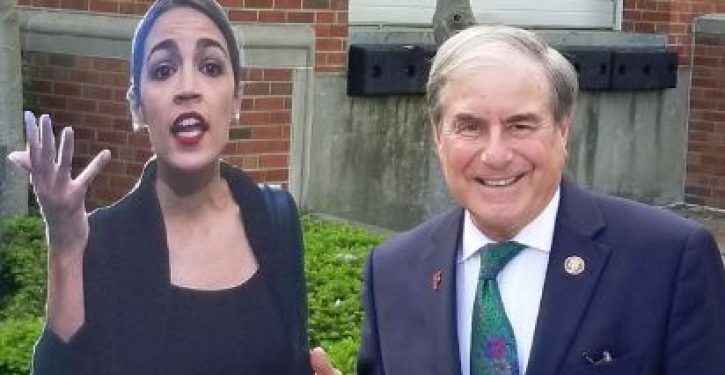 Is it live or is it Memorex? (Image via Twitter)

Ouch, that one must smart! On second thought maybe smart is not the best word to use when talking about Rep. Alexandria Ocasio-Cortez, who is once again working hard to embarrass herself and her party by attempting — and failing bigtime — to zing the GOP on Twitter.

The misfire began with a tweet by the Republican Party of Kentucky featuring a photograph of Rep. John Yarmuth posing next to a life-size cutout of Ocasio-Cortez. The text of the tweet, which appears below, notes that last month “the socialists threatened” Yamuth “if he didn’t bend to their radical, extremist will,” followed by a link to an article on the same in the Courier-Journal.

#ThrowbackThursday last month the socialists threatened the lone #Kentucky #Democrat in Congress if he didn't bend to their radical, extremist will: https://t.co/MdS3un7IIY looks like @AOC and #socialism are calling the shots for @KyDems now! pic.twitter.com/VIe6JWZZQy

Ocasio-Cortez evidently saw the tweet and decided to treat Republicans to a giant dose of her wit, tweeting: 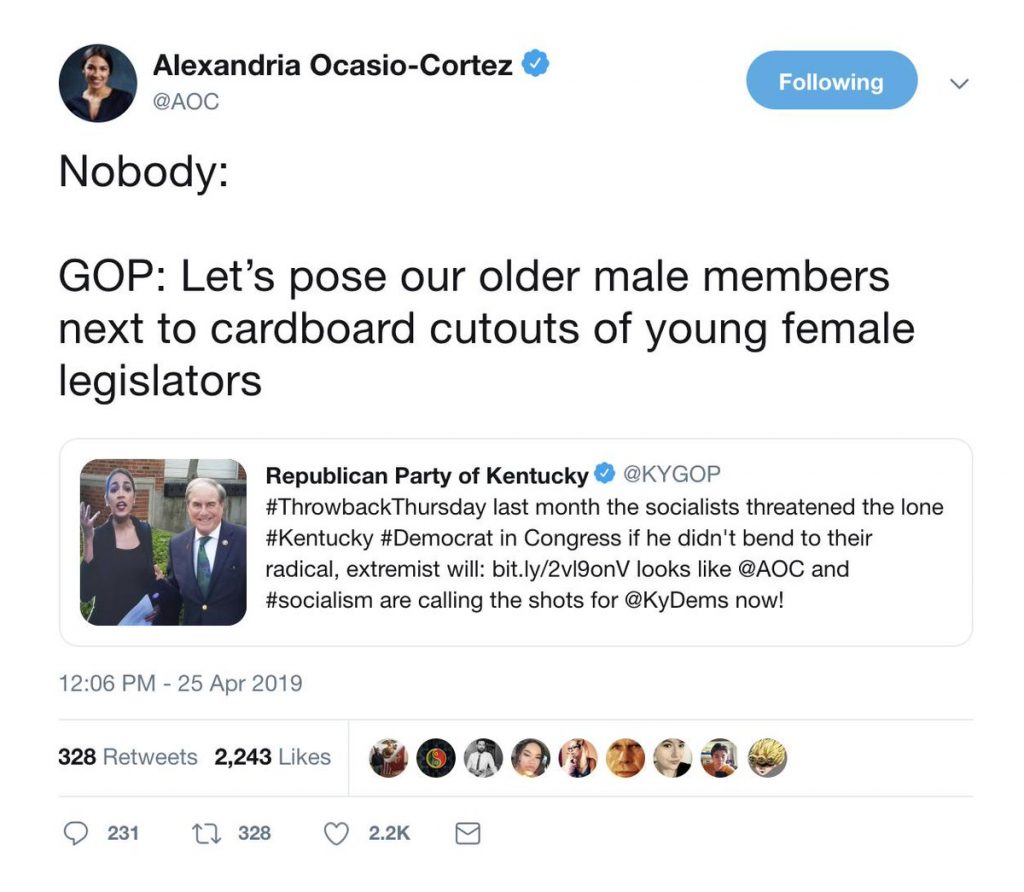 Just one problem. Yarmuth is a Democrat. If she had read the tweet by the Republican Party of Kentucky carefully, she would have noticed that. But even if she didn’t, she should know the name John Yamuth anyway: He’s chairman of the Budget Committee in the Democrat-controlled House.

Her tweet has been scrubbed, though it has been preserved for posterity by several conservative Twitter users.

Hi @AOC, that’s a Democrat posing next to a cardboard cutout of you, not a Republican.

John Yarmuth is a Democrat in Kentucky’s 3rd district.