Senator Claire McCaskill (D-MO) believes that sex should be considered rape unless the consent to it was “explicit”: “Unless there is explicit consent, it’s rape and there is no gray area,” emphasizes her spokeswoman, Sarah Feldman. Many forms of consent to sex or intimate touching do not involve “explicit” consent in advance, and thus would be sexual assault under this definition. Most people (including most of her constituents) are thus rapists under Senator McCaskill’s peculiar definition. McCaskill plans to introduce legislation soon dealing with sexual assault on college campuses.

OVW’s definition of sexual assault has been criticized by a number of lawyers and law professors, who note that it is a radical departure from existing legal standards. As George Mason University law professor David Bernstein notes, “This is not, in fact, the legal standard in any jurisdiction in the United States, and it’s not because it’s completely absurd. The vast, vast majority of ‘sexual contact or behavior’ is initiated with only *implicit consent.*”  “Consent is usually given through nonverbal cues,” notes columnist Cathy Young. And often, contact is welcome even though there was no consent in advance.

Yet, according to The Maneater, the University of Missouri student newspaper, McCaskill agrees with this radical redefinition of sexual assault. Her spokesman Sarah Feldman noted that McCaskill appreciated the White House’s recent PSA on sexual assault because it “gets the right message across, which is that unless there is explicit consent, it’s rape and there is no gray area.”

This radical concept is not popular among the general public.  Even the much less extreme requirement of “affirmative consent” for sexual activity (which would allow certain types of non-verbal consent, unlike the definition favored by McCaskill and OVW, which would allow only explicit verbal consent) is controversial with voters.  That is illustrated by opposition to a California bill that would impose the “affirmative consent” standard on campus in a non-criminal context. (That bill was opposed by both the liberal Los Angeles Times and the conservative Orange County Register, as well as moderately-liberal, conservative, and libertarian commentators, even though it is less extreme than what McCaskill and the Obama administration’s OVW office seek.  That bill passed the state senate largely along party lines, aided by the fact that there are few Republicans, or even moderate Democrats, in California’s legislature. For why an “affirmative consent” standard is problematic, and could prohibit even some mutually-enjoyed, non-violent sexual encounters, see this discussion at this link).

Support for an “explicit consent” requirement is sometimes based on the false idea that the more explicit consent to an activity is, the more pleasurable the activity it must be. But in the real world, the opposite is usually true, and the explicitness of consent is a bad measure of an activity’s welcomeness or enjoyability. For example, my wife and daughter never ask for, or seek, permission before they hug me. Precisely because they know it would be welcome. Explicit consent is unnecessary when something is harmless and unobjectionable (or downright enjoyable, like sex between married couples). By contrast, grudgingly consensual sex acts, like those between a prostitute and her clients, are generally preceded by explicit discussion and verbal agreement, because one party wants sex, while the other merely puts up with it to obtain money or other benefits. A verbal request followed by an explicit “yes” often reflects an imbalance in sexual desire between partners, not the ideal in which both partners deeply want it. (Of course, sometimes there is verbal discussion before enthusiastic sex, and even married men and women sometimes do say “yes” to sex. But consent among people in long-term relationships is more likely to be manifested non-verbally than it is among casual acquaintances who do not know each other well).

Requiring “explicit consent” to all intimate “contact or behavior” would essentially outlaw foreplay, since it would require almost continual discussion during making out and foreplay in a way that would kill the mood and defeat its very purpose. (Some colleges define garden-variety touching and “kissing” as “sexual activity” that constitutes “sexual assault” if done without consent).  No one ever asks, “may I touch your  ___” while making out.  It would be not just awkward, but impractical to discuss each instance of touching in a gradual escalation of intimacy in advance.  Indeed, such explicit discussions might even be unwelcome and offensive to participants who are happy to engage in the underlying physical activity.  Most “sexual” “contact” falling short of actual intercourse (i.e., foreplay) is not preceded by affirmative permission, much less “explicit consent.”  Instead, it is acquiesced in by the recipient as part of a process of gradual escalation in which one partner engages in a new form of intimate contact that the other acquiesces in.

Requiring people to have verbal discussions before sex, as McCaskill and OVW would do, violates their constitutional privacy rights, under the logic of Supreme Court decisions such as Lawrence v. Texas (2003), which struck down Texas’s sodomy law, and federal appeals court decisions like Wilson v. Taylor (1984), which ruled that dating relationships are protected against unwarranted meddling by the Constitutional freedom of intimate association.

It also serves no legitimate purpose, since even supporters of “affirmative consent” requirements, like Tara Culp-Ressler, have on other occasions admitted that sexual violence is not the result of mixed signals: studies show that people who commit sexual violence are almost always aware that what they are doing is against the will of their victims, rather than the assault being the product of “blurred” communications.

An “explicit consent” requirement would not help rape victims or prevent rape, since rapists, who already lie about whether they have committed rape, will just lie and claim the victim said “yes” to sex. A person who lies about committing rape will also lie about the presence of “affirmative consent.” A violent rapist is not going to suddenly change his ways just because someone tells him that consent (which he disregarded in the past by doing things against the will of the victim) must now be explicit or “affirmative.”  When I was subjected to unwanted intimate groping as a child, the perpetrator knew quite well that what he was doing was wrong. Defining sex as rape merely because there was no verbal discussion in advance trivializes rape and brands innocent people as rapists (including some people who themselves have been sexually victimized in the past).

The St. Louis Post-Dispatch reports that “McCaskill is in the midst of writing legislation” dealing with sexual assault on campus,” and “McCaskill said she and other senators will introduce bipartisan legislation on the issue later this summer.”  So this “explicit consent” standard may well end up being buried within a larger bill dealing with sexual assault on campus. 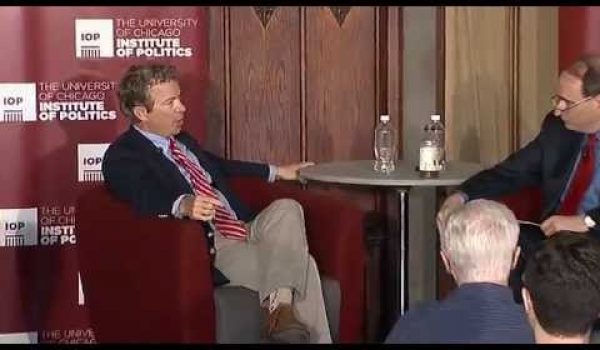 The immigration policy Rand Paul advocates is ‘amnesty’ by any other name
Next Post
Classic demagoguery: Obama ‘won’t wait for Congress’ to deal with border influx