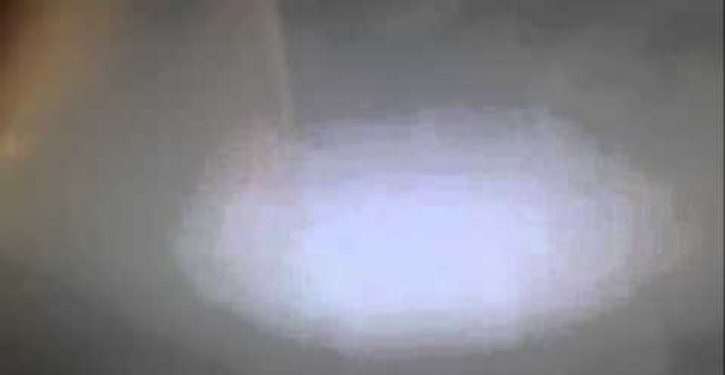 If the Tea Party wins, a female narrator warns, “all” of the government programs “our families depend on that comes from Washington will be cut.” “By not voting,” she chides, “you are saying ‘take away all of my government programs, such as food stamps, early breakfast and lunch programs, millions of dollars to our black universities…'”

The woman continues with a thinly veiled reference to segregation, saying that the Tea Party will “set us back to the good old bad days…”

The propaganda can be heard here:

Here is the text:

“If someone tells you that by voting today, you cannot vote in November—it’s just a Tea Party, bald-faced lie. Are you going to let the clock run out on today? By not voting, you are saying take away all of my government programs, such as food stamps, early breakfast and lunch programs, millions of dollars to our black universities…everything we and our families depend on that comes from Washington will be cut. Mississippi will never be the same. The question is, will you spend five dollars on gas to vote, or allow the Tea Party to set us back to the good old bad days?  Vote against the Tea Party, vote  Thad Cochran. Remember, if you didn’t vote in the June third primary, you can vote today.”

Cochran’s dishonorable campaign was so desperate to score votes in the tight race that they demeaned the party that was formed to protect and empower black Americans. Instead, the establishment Republicans demeaned and exploited black voters.

A particularly offensive robocall, also posted by Johnson, again urges Democratic voters to vote for Cochran and bashes the Tea Party for “their disrespectful treatment of the first African American president…” lamenting,

“[I]f we do nothing, Tea Party candidate Chris McDaniel wins and causes even more problems for President Obama.”

“Seven on Your Side tried reaching Wyatt at his office twice in regards to the letter and left a message with his secretary, but still have not received a call-back.”

I can’t support a party that would do what it did to keep Thad Cochran in office. As an original Reagan Democrat. I’m done. — DanRiehl (@DanRiehl) June 25, 2014

Looking for any info on the group that put this flyer out. Anyone else have a screenshot or a copy? pic.twitter.com/66SF0VuVsD — Ben Howe (@BenHowe) June 25, 2014

As reported at Liberty Unyielding, Thad Cochran’s daughter Kate, an English professor at the University of Southern Mississippi also got in on the Tea Party bashing, describing those who believe in the Constitution as representative of a “horrible strain of anti-intellectualism,” consisting of people who have “no training, education, or experience shouting down those who bring expertise to the table.”

As disgusting as this tactic was, it seems to have worked.  A CNN report noted that Democrats played a “key role” in keeping Cochran’s challenger, State Senator Chris McDaniel, at bay.

For his part, Chris McDaniel may have lost to Thad Cochran, but he told Mark Levin Wednesday that has no intentions of conceding, and will further “push for an investigation of the vote.”

City bans event sponsored by Chick-Fil-A, which has ‘rich history of homophobia’
Next Post
Funnyman Bill Maher on Obama: ‘I voted for the boy who won’