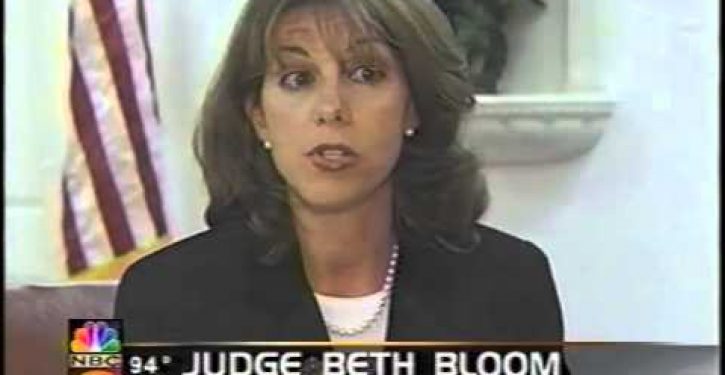 This must be what Obama meant when he said early in his presidency that judicial appointments should use “empathy” as a guiding principle in administering the law. U.S. District Judge Beth Bloom, one of Obama appointees, proved herself to be a worthy disciple earlier this month when she tossed out criminal charges brought against Rubman Ardon Chinchilla, an illegal alien who had use a phony immigration document to obtain a Florida driver’s license. What were Bloom’s grounds for dismissing the charges? That Chinchilla has three kids and has been living in the U.S. for decades.

According to the Miami Herald:

Chinchilla was one of more than 20 undocumented immigrants arrested a few months ago for using a specific federal form — known as an “Order of Supervision” — to prove to the Florida Department of Highway Safety and Motor Vehicles that he was allowed to be in the United States.

Bloom argues that there’s no actual law that says the form can even be used to prove an “authorized stay in the United States.”

The article notes that the ruling opens the door for the 19 other illegals arrested in the sting to beat their cases and possibly even remain in the U.S.: a Pandora’s box by any other name.

The U.S. Attorney’s Office in Miami filed papers this week indicating that it intends to appeal the decision.

The Left’s newfound love of John McCain is just an extension of their hatred of Donald Trump
Next Post
Dem Rep. Steve Cohen claims Electoral College ‘conceived in sin’ to perpetuate slavery